Main image: The Tomkinsons in front of the Royal Hotel, Sofala, NSW.

Airbnb have helped six country pubs transform their accommodation offerings with $50,000 grants as part of The Country Pub Project.

The refurbishments are part of a campaign to get country pubs on the online platform, after its research found that 70 per cent of Australians want to take a a road trip to see more of the “real Australia”, even though only 14 per cent had spent a night in a regional pub in the past 12 months.

“From old gold mining towns, to pristine outback waterfalls, this is about getting more Aussies to discover the great hidden gems we have in our own backyard and to showcase the quintessential Aussie hospitality you get when you visit a country pub,” said Airbnb spokesperson Brent Thomas.

Launched in June, publicans and locals from across the nation have been nominating their favourite country pub, and how $50,000 could help revitalise its offering to attract more visitors. More than 9,000 nominations were received, with 7,000 coming from the public.

One of the hotels that received the grant was Royal Hotel in Sofala, in the Bathurst region of New South Wales. Publican Marty Tomkinson believes the campaign will help lift the profile of country pubs, who are struggling generally.

“There are so many country pubs closing down, it’s a rarity to find one. We hope that this will not only help us but other country pubs too, and create a positive ripple effect for other small businesses in the area.”

Thomas agreed: “Publicans are the ultimate hosts but like many people in country communities they’ve been doing it tough lately due to drought and economic hardship. Through this, we want to encourage more Aussies to not just visit these great establishments, but spend the night in them – enjoying one of our oldest forms of hospitality and in turn boosting the spirits of these towns by spending precious tourism dollars in areas where it really counts.” 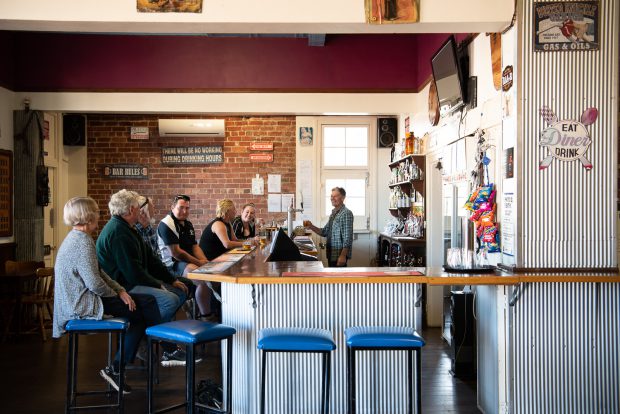 Publican Laurie McKay behind the bar at The Woolshed Hotel, Nungarin, WA.

The six pubs that received the grants were also given the aid of an interior designer and experienced AirBnb host, to consult on how to transform and capitalise on their accommodation offering to attract more overnight stays and traffic at their hotel. Diane Schluter, publican of the Imperial Hotel in Ravenswood, Queensland, was very pleased with how the renovation turned out.

“We’re overjoyed at how the work has come together. When the interior designer came out and showed me her plans I told her you’ve really made something out of nothing! We love our new look rooms and can’t wait to welcome a whole new generation of guests that I’m hopeful we can attract thanks to now being listed on Airbnb.”

AHA NSW has welcomed Airbnb’s Country Pubs Project, with CEO John Whelan saying it “promotes and helps regional hotels –many of which have been doing it tough for some time.”

More than 50 regional hotels have now signed on as part Airbnb’s Country Pub collection across Australia. 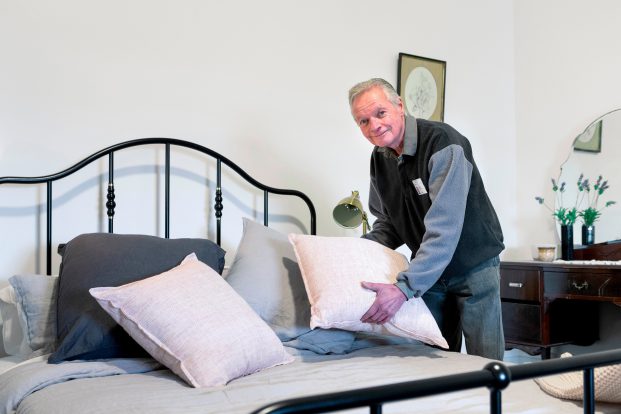 Andrew Palmer in one of the new accommodation rooms at the Grand Hotel, Millicent, SA.