The Observer Hotel in The Rocks has won a nationwide search by Hoegaarden and landscape designer Jamie Durie to find the beer garden most in need of a makeover.

The hotel had its beer garden transformed in record time (a mere 36 hours) into an inner-city oasis with the redesign focusing on creating an escape from the Sydney urban jungle.

CEO and founder of Seagrass Boutique Hospitality Group, owner of The Observer Hotel, Bradley Michael, said, “Seeing the transformation of the venue has been incredible – never in a million years did we think our beer garden could ever look this green and lush! Our huge thanks go out to the team at Hoegaarden and Jamie Durie, we can’t wait to share the venue with the locals!” 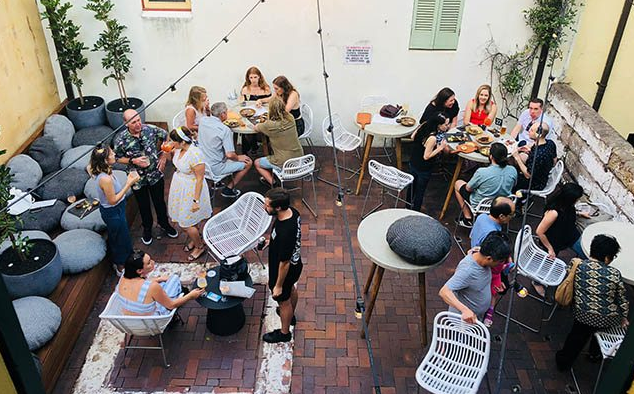 The Observer Hotel beer garden, prior to the makeover

As a heritage-listed venue, The Observer Hotel’s Beer Gaarden Blitz was no mean feat for Jamie and his team of designers and landscaping experts, however that didn’t stop them from completely transforming the concrete courtyard into an inner city oasis.

Dubbed the ‘Beer Gaarden Blitz’, the aim was to bring nature and simplicity to an urban environment, transforming the space with greenery.

The space has been re-designed to make it more functional and over 80 trees and plants were introduced, including Espalier Orange trees as a nod to the beer’s traditional recipe.

Hoegaarden’s Beer Gaarden Blitz ambassador, Jamie Durie, said, “It’s important for regulars to have spaces like [this] to help escape from the urban sprawl.

“The Observer Hotel is an iconic and beautiful venue in the heart of Sydney, and to be able to add all these wonderful, natural and green elements to the space has been incredibly rewarding for myself and the team.” 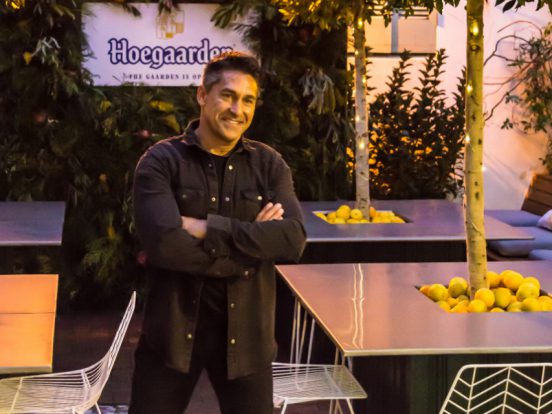 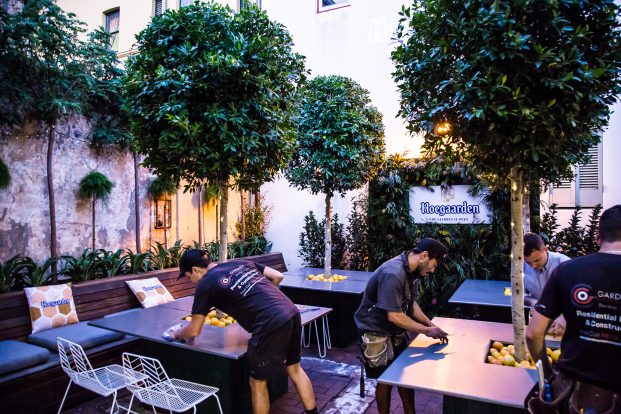 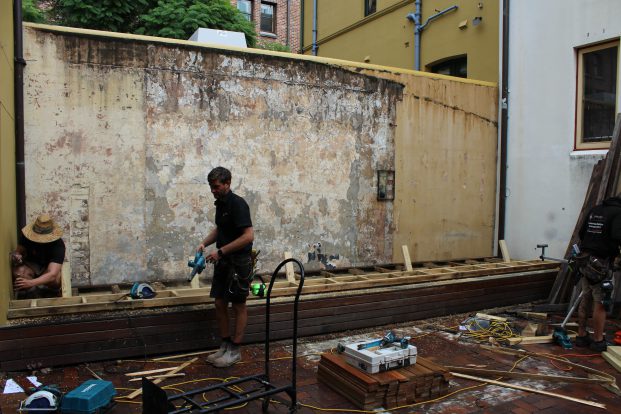