A syndicate headed by Tilley & Wills Co have paid over $15m to acquire the Criterion Hotel leasehold from Gallagher Hotel Management in a sale managed by JLL’s John Musca and Tom Gleeson.

Experts believe the hotel will benefit from a recent $3 million renovation, its location opposite the new Pitt Street CBD Metro Station, along with two proposed 35-storey and 43-storey commercial office and residential towers above the station.

Tilley & Wills previously acquired Verandah Bar for $9 million in 2017 and subsequently relaunched it. The group also have hotel management experience and are currently operators of the Buena Hotel in Mosman and the Clovelly Hotel on behalf of private owners. They were also previous operators of the Windsor Hotel on Park Street, which was resumed by the state government as part of the CBD Metro works.

“The process was tricky to navigate,” says JLL’s Tom Gleeson, “with the hotel being mid-renovation, but the business fundamentals, and particularly its location, are so robust the earnings upside was uniquely quantifiable.”

“Sydney CBD hotel opportunities are in very limited supply,” says JLL’s National Director John Musca, “so having received 12 bids from suitors across three states and of very differing buyer profiles, it was no surprise to see the hotel operation keenly contested.”

ALH sold the long-term leasehold interest in the Cambridge Tavern at Fairfield for $18 million in a transaction managed by JLL.

“Both the Cambridge and Criterion leasehold sales point to a renewed capital appetite for hotel cash flows under the long-term leasehold tenure model,” says Musca. 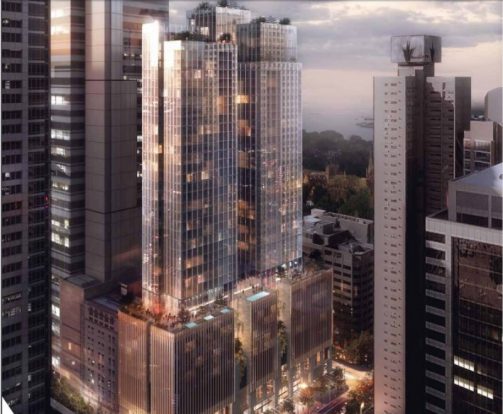 The two proposed towers above the Pitt Street Metro Station