Hunt Hospitality back to Irish roots with Finnians Tavern

The leasehold acquisition is a return to Irish pub roots for managing director Stephen Hunt. His great-uncle Joe Maguire, the first publican in the family, opened Joe Maguires in Tamworth; while Hunt’s father also operated Irish pubs in the 1980s. Hunt and his father opened their own Irish pub, The Thurless Castle, in Sydney in 1997 (now shut), where he also met his Irish wife who has her own family background in pubs in Ireland. With so much history rooted in Irish pubs, Finnians Tavern was an opening that Hunt jumped on.

“It was too good an opportunity to pass up. It’s got a good mix of trade, a good mix of food, bar and gaming. Having car parking in a central location are all big pluses for us, and it’s sort of on our route up to [the Ocean View Hotel in] Urunga.

“It’s not too far away for us to share some of those synergies like management, as well as just being a really nice presentation. It doesn’t really need much work.”

Hunt believes there is still an appetite for Irish pubs in Australia, and that Finnians Tavern fits in with the ethos of the group’s other pubs.

“If you’ve ever been to Ireland, the one thing they do really well is make the pubs extremely cosy, they make it a really comforting environment.

“Finnians is not a large pub in terms of size – it’s got good revenue – but it’s a very comfortable sort of pub. It’s a nice, simple sort of operation. It’s not too high-brow, it’s a pub for everyone which fits in with the venues that we have. We run pubs that anyone can feel welcome coming into.”

As Hunt Hospitality’s head office operations are based in Newcastle, Finnians Tavern is the second hotel outside of the region for the group, along with the aforementioned Ocean View Hotel in the Coffs Harbour region. Hunt told Australian Hotelier that operating pubs long distance comes down to two things.

“Firstly personnel and then systems. We have a really strong policy of selecting staff that want to get involved in the community and have a track record of doing that. So that’s the priority, and then the second priority is making sure we can establish our back-of-house systems and recording systems so that we can access pretty much everything in real time.

“And because we spend a lot of time picking our personnel we also want them to have latitude in how they’re running the business as well. We don’t want to be like a franchise, but they have the benefit of buying power and everything else. “

Having purchased the Ocean View Hotel in August last year, Hunt said the waterside hotel is “going from strength to strength” and is about to start a refurbishment that is scheduled to be complete by spring.

At Finnians Tavern, the only plans to update the offering include replacing some of the gaming machines, and rebranding the signage in the gaming lounge. Other than that, Hunt is ascribing to the ‘if it ain’t broke’ way of thinking.

“It’s a well-established food and beverage outfit at the moment, so we don’t really want to muck around with that too much.” 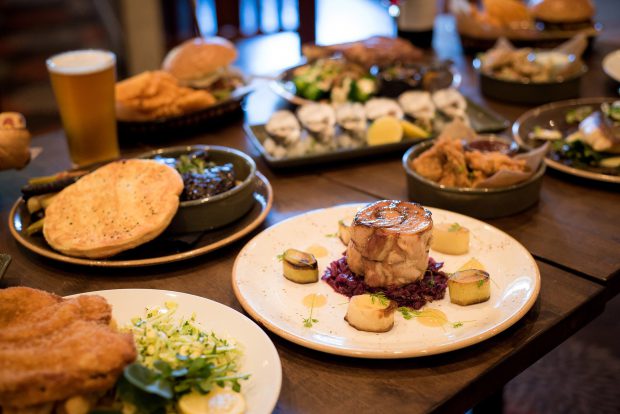