After a number of metro divestments in recent times, including The Bellevue Hotel, Woollahra and The Toxteth Hotel, Glebe, John Singleton’s portfolio strategy appears to be to invest in non-metro pub properties.

Singleton has, through his property development company Bonython, reportedly paid around $25m for the large 7,667sqm site on the NSW Central Coast. Singleton has bought in Gosford from the Cusick family, owners of the hotel for 50 years.

Damien Cusick, publican and Elanora Hotel licensee said: “Whilst the Hotel has been [a] huge part of our [family’s] lives for generations, and it was an emotional decision to move on, we are absolutely thrilled with the result and are proud it was sold to ‘Singo’ and Bonython, who invest so much into the Central Coast area.”

The sale of the Elanora Hotel follows closely behind the brokerage firm’s
recent sale of both the Belmont Hotel in Warner’s Bay and the Shaft Hotel in Newcastle’s established suburb of Elermore Vale.

The freehold, across five separate lots, includes a brasserie, grill and drive-through bottle shop along with parking for 100 vehicles.

The corner-plot property also includes around 936sqm of tenanted retail property as well as a 21-room motel, plus a further 505sqm of vacant land.

The sale includes the Hotel Licence and 26 PMEs (Amber Zone).

“We are delighted to have been retained by the Cusick family for such an important instruction,” said HTL Property National Director Dan Dragicevich. “The landmark asset drew significant interest from both the Hotel and Development buyer markets; the strong result is vote of confidence in the region and deserved of such a unique hospitality land holding.”

Singleton is also seeking to divest his part-ownership of Manly’s Hotel Steyne, currently being marketed for around $65m.

The off-market Elanora Hotel sale was handled by HTL Property who did not confirm the sale price. 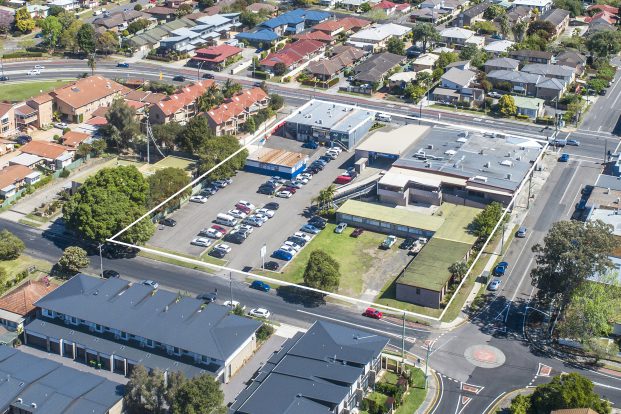