The developers of the historic Corkman Irish Pub in Carlton received a total of $1.325m in fines this week.

The fines follow the illegal demolition of the Corkman, once located at 154–160 Leicester Street, Carlton, which was razed over a weekend in October 2016.

The building’s owners had previously been fined over $600,000 in relation to the dumping of asbestos from the site.

Magistrate Ross Maxted fined 160 Leicester Pty Ltd, the company that owns the site, $850,000. A director of the company, Stefce Kutlesovski was fined $255,000 while fellow director Raman Shaqiri was fined $220,000. The fines are believed to be a record in Victoria.

The City of Melbourne’s Lord Mayor Sally Capp said Council welcomed the court’s verdict. “Like many Melburnians, I was disappointed and shocked when an iconic piece of Melbourne was destroyed.

“The court’s decision sends a clear message that it is not acceptable to unlawfully knock down a piece of Melbourne’s history and it won’t be tolerated.”

The company that owns the property, 160 Leicester Pty Ltd, and its directors, Stefce Kutlesovski and Raman Shaqiri, had already pleaded guilty to multiple charges in relation to the illegal demolition of the pub and were today fined a record amount of $1.325 million and convicted for their roles in the illegal works.

The company pleaded guilty to five charges, including demolishing the Corkman Irish Pub without a permit, contrary to the Building Act 1993, and carrying out that demolition in contravention of the state’s Planning and Environment Act 1987.

160 Leicester Pty Ltd also pleaded guilty to one charge of failing to comply with a Stop Work order issued by the City of Melbourne, as well as failing to provide 48 hours’ notice of the demolition in accordance with council by-laws. The company was fined $850,000.

Kutlesovski and Shaqiri were also charged in their capacity as directors of 160 Leicester Pty Ltd. Both pleaded guilty to permitting their company to demolish the Corkman Irish Pub, contrary to the Building Act, and to failing to exercise due diligence to prevent the demolition from going ahead – a breach of the Melbourne Planning Scheme. 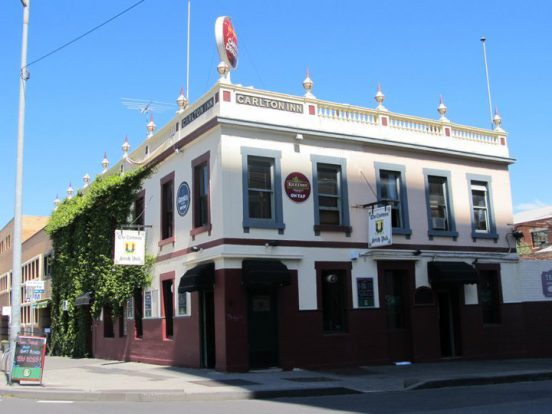 Kutlesovski was convicted and fined $255,000 for his role in the illegal demolition works.

Shaqiri pleaded guilty in May last year and today the court convicted and fined him $220,000 for his role in this matter.

The Chief Executive of the Victorian Building Authority, Sue Eddy, said the court’s decision today demonstrates the seriousness with which the community views illegal building work and was a vindication of the hard work of both the VBA and the City of Melbourne, as the two prosecuting authorities, to bring the three accused to justice.

“This is an important decision for the Victorian building industry, as it sends a clear signal to all builders and developers that the VBA is ready to act and will not tolerate illegal building work of any kind, especially where profits are put ahead of safety and the public interest,” said Ms Eddy.

“In this case, the owners of the property took it upon themselves to carry out dangerous building work without giving any regard to the state and local laws that exist to keep Victorians safe. This behaviour will not be condoned.”