Momento Hospitality adds a touch of class with Mullane’s

Momento Hospitality has launched its latest venue in Sydney’s north-west, with the opening of Mullane’s Hotel in Baulkham Hills. The hotel has an upscale offering, including an elegant Italian restaurant, a craft liqueur distillery and a collection of rare single malt whiskys.

While the hotel features a traditional public bar and VIP lounge on the first floor, it’s most significant attractions are the more upscale offerings. Leading the way is Sarino’s, the refined Italian restaurant named after the Colosimo family patriarch.

Sarino’s Restaurant and Bar is located on the second floor of Mullane’s, and is presided over by executive chef Joe Cavallo, a former protégé of Darren Simpson. Dishes include ravioli buffalo ricotta with buffalo mozzarella, parmigiano Reggiano, burnt sage butter and pistachio; snapper fillet, paper bark, lemon, artichokes, green olives and marjoram pangrattato; and Kuronuta spit-roasted porchetta with apple sauce and leek ash. At the centre of the kitchen is a Josper oven, which reaches 500-degree temperatures to create smoky flavours, while also grilling over wood and coal. There is also a grazing menu dedicated to Italian and Australian artisan cheese.

The bar area has an extensive beverage list of over 200 wines including the legendary 2008 Penfolds Bin 620 Cabernet Shiraz, sparkling Bollinger Champagne plus reinvented classic Italian cocktails. As part of the bar offering, there are private liquor cabinets from which discerning guests can enjoy the likes of Macallan Reflexion by whisky maker extraordinaire, Bob Dalgarno.

Adjacent to the bar, guests will find a craft distillery, which is set to open early next year. It will produce almond liqueurs, limoncello using lemons from the family’s orchard, as well as other craft liqueurs.

CEO of Momento Hospitality, Marcello Colosimo is delighted to bring a venue that has such close ties to his Italian family upbringing to The Hills.

“Launching Mullane’s Hotel, and particularly Sarino’s, is very special to our family because it recreates a slice of our heritage with a new world approach. The area is crying out for something like this, where locals don’t have to travel to experience a restaurant of this calibre. We are excited to fill this gap and bring our community a standard of venue that they deserve.”

The venue is led by restaurant manager Amanda McDivitt, who has led some highly esteemed hospitality venues, including as a manager and licensee of Hotel Centennial, Kittyhawk, Acre Eatery and Banskii Vermouth Bar & Bistro. 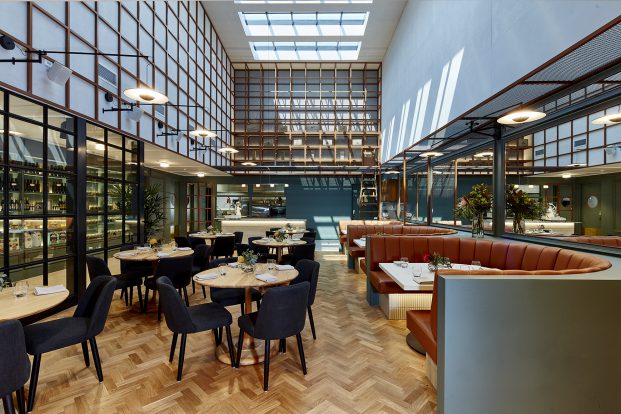