Hoteliers Nick Wills and Simon Tilley have launched a new pub group, Tilley and Wills, which opened the restaurant portion on Verandah in the heart of Sydney’s CBD this week.

The two publicans struck up a partnership after Wills’ Balmain Pub Group – dissolved after the death of a senior partner in the business – sold Tilley the Greenwood Hotel in North Sydney. Tilley had also recently purchased Verandah Bar in Martin Place from Dean Haritos, who decided to exit the pub industry to focus on other business pursuits.

Nine months since the CBD pub was purchased, Tilley and Wills has re-opened the restaurant portion of the venue, now known as Social at Verandah. The duo and executive chef Brad Sloane have entirely rethought the concept of the restaurant, both in terms of design and menu.

The food offering will focus on Australian flavours and locally sourced produce, with a hint of English and Italian influence.

“There are some really delicious dishes our patrons can look forward to,” stated Sloane. “Kangaroo tartare with quail yolk; yabby tail and roast pumpkin tortellini; and whole suckling porchetta pig which we’ll carve for you at the table, will be some of the highlights.”

“The tiled balcony is a contemporary take on patterned encaustic courtyards with the dark timber and rattan finishes, contrasted against the hanging greenery throughout the space,” stated lead design Stuart Krelle of Luchetti Krelle.

“Continuing the jungle theme, the main wall of the dining room features a custom mural by artist Chris Nixon mixing botanicals and patterns to ensure the bold graphics pop against rendered walls.

The main public bar portion of the venue, Verandah Bar, is set to re-open in mid-May.

Sloane spoke to Australian Hotelier in greater detail about Social at Verandah for the June issue of the magazine. Keep an eye out for it next month. 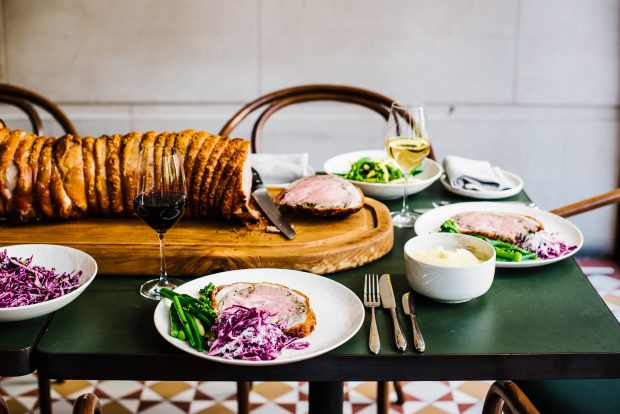