The array of pub operators who will be sharing their insights at the Pub Leaders Summit will be complemented with a wide variety of speakers in adjacent industries and related fields.

This year’s program will once again draw on the knowledge of respected publicans in various areas of operations, however the program will draw significantly on the insights of individuals from outside the industry, who can offer a different perspective on issues concerning the running of a venue. Their contributions will have attendees thinking differently about aspects of their hotels.

Kerri Glasscock, director of the Sydney Fringe Festival and a founding board member of the Night Time Industries Association, will bring a different perspective to the Summit’s entertainment panel. She is a vocal advocate for the independent sector, and  has contributed to a number of key action plans and resulting policy reforms including the Committee for Sydney’s ‘ Sydney: a 24 Hour City’ report, and the City of Sydney’s Live Music and Performance Action Plan. In her role at Sydney Fringe Festival she works extensively leading the way in temporary re-adaptive use of space for performance.

Entertainment is an area of operations that has had a resurgence in importance in getting patrons to frequent venues in the era of Uber Eats, so Glasscock’s experiences and insights in the field will give operators at the Summit plenty to think about.

“The Pub Leaders Summit has always offered the kind of insights that are useful to pub operators, but this year’s list of outside talent and their differing perspectives will give attendees an edge when it comes to new ideas for their venues,” stated Paul Wootton, publisher of Australian Hotelier and founder of the Summit.

Several sessions and speakers of the conference have been confirmed; with many more still to be announced. The latest program is below, and updates can be found here.

Register for tickets now to hear and learn from some of the best operators inside and outside of the industry. 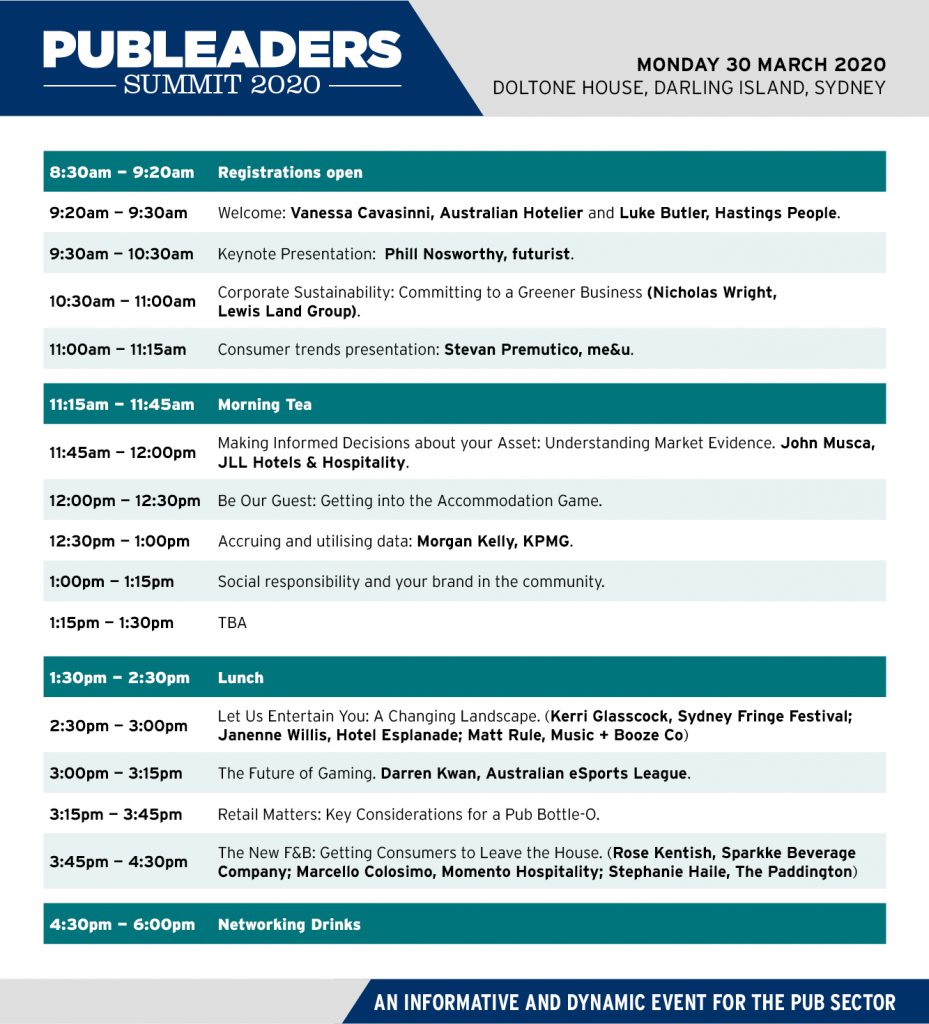