The General Manager and part-owner of the Duxton at O’Connor in Canberra has spoken out about rate increases of 253% currently strangling his business.

“[The Government] simply cannot increase fees 253% and expect small business to survive. Rates are a tax on business and not just property owners,” Quinn told Vickie Dunn MLA, The Chair of the Standing Committee on Public Accounts, in a written submission. Dunn is currently leading a parliamentary inquiry into business rates.

Quinn also said: “The impact of the rising rates is causing significant hardship and risking viability [of] our small business.”

“This is a significant sum taken directly off the bottom line without return,” says Quinn. “The rates increase is clearly unconscionable.” 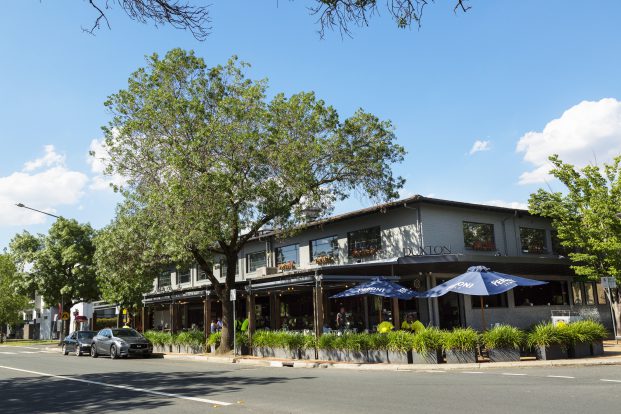 The Duxton at O’Connor, Canberra, ACT

The Duxton – like a large number of venues throughout Australia – are hamstrung by their sublease arrangement, which requires them to take responsiblity for all rates on the property.

Quinn also claims his business is being punished for rising property values that are totally unrelated to his hotel’s cashflow.

“The calculation of the rates is based on a flawed procedure,” says Quinn. “It implies that simply because the property land values have increased that small business profits/turnover correlate. They have little bearing.”

In response to a question during the inquiry by Liberal politician Nicole Lawder about the rate rises, Chief Minister Andrew Barr highlighted the fact that tax reform had resulted in commercial land tax combining with rates into a single sum.

“One of the elements of tax reform,” says Barr, “in response to concern from the business sector, was ‘can we have one simple bill please?’… The irony of some of the complaints over the perceived increase in [commercial] rates is that there used to be two bills. The starting point needs to be what the two bills were, not just the single one.”

“People tend to forget the tax they used to pay has been abolished and just focus on the tax they’re currently paying,” says Barr.

“The rate increase was backdated in our case many months later,” says Quinn, “and without warning by an additional $18,000 payable in one instalment. This caused considerable impact to cashflow and [is] impossible to budget for.”

As a result, the venue’s owners are calling for an annual cap on overall rates of no more than 10%.

Lawder raised the issue of backdated rates invoices with Barr, asking “How could you possibly prepare as a business for paying that bill for retrospective?” to which Barr responded, saying that where a retrospective charge was applied:

Are you affected by similar issues? Has your venue been hit by a significant rise? Let us know at craig@intermedia.com.au