Pubs still have many bills to pay as they prepare for recovery, so to call it an industry in hibernation is misleading. 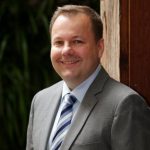 There has been a lot of talk since the COVID-19 crisis hit the industry and the nation about how the hotel sector has been put into “hibernation.”

It has a nice ring to it. A kind of harmless myth that business has been taking a kind of enforced breather, where everything and everyone is held in stasis before we pop up again at the end of winter and continue on as before.

Sadly, nothing could be further from the truth. While many of our employees have been stood down and now can finally access the JobKeeper payments, the bills keep coming in for mum and dad operators – rates, gas, electricity, insurance to name a few.

The fact is, we are not hibernating, we are continuing to pay for the bricks and mortar businesses we love. The bear who hibernates in winter doesn’t wake up to a ‘debt cliff’ that he has to re-pay in Spring.

In the last couple of weeks alone many hoteliers in NSW have received land tax bills – payments that we are expected to pay even during “hibernation”. Others are receiving company tax bills, which have to be paid a year in advance. Then there are the fixed costs and the cash flow issues when we re-open – in whatever form that takes.

We have not been offered a discount, not been offered deferrals or told not to pay. All at a time we are not open for business. The costs of our venues keep mounting week after week, month after month – and I know all too well the pressure this is putting on individual hoteliers and their families around New South Wales.

Let me say, we will get through this – together.

Hotels were quick to act when asked by Government to protect the health of our staff, patrons and the communities we love. We shut down virtually overnight. We did the right thing. But we are paying a very real cost.

I mentioned in the Sunday Telegraph and Australian Hotelier recently that the typical country pub is losing up to $25-35,000 a month – the cost for many suburban and Sydney pubs is even higher. About 94 per cent of our workers have been stood down or put off. This was unthinkable even two months ago.

The industry has copped it on the chin for the good of the many. But there is only so much we can take and medium-sized businesses in particular are falling through a widening crack.

AHA has been making strong representations at the Federal and State levels since this crisis began – and we have had some big wins. We are represented at the highest levels as the nation starts to slowly re-open.

We are preparing for recovery – and all eyes are now on the Northern Territory to lead the way when pubs start to open there in mid-May. Hopes are high South Australia will soon follow.

But we need to open sooner rather than later – in a safe, thought out and structured way which follows Government advice  – to avoid an even bigger debt cliff for many businesses and the end for others.