The nation’s hotels and publicans were well represented at ALIA 2019, where the liquor industry celebrated the best of the best.

Held at The Star in Sydney, this year’s awards were themed as a 70s disco party, and attendees did not disappoint in getting into the groovy 70s spirit. The awards celebrated both off- and on-premise, with a section of the night’s honours dedicated to pubs and bars.

Australian Hotelier’s publisher and organiser of the ALIAs, Paul Wootton, paid homage to the quality and diversity of Australia’s hotels.

“The finalists and winners of the hotel categories at this year’s ALIAs are representative of a dynamic industry at the top of its game. From entertainment behemoths to cosy locals, Australia’s pubs prove excellence comes in many forms.”

Of the three major awards for pubs, two were nabbed by Melbourne pub players. Sand Hill Road’s Hotel Esplanade took out Hotel of the Year, just over a year after re-opening. The hotel also won Best New Venue. Sand Hill Road director Andy Mullins was ecstatic about the win.

“We were so stoked, humbled and privileged to receive Hotel of The Year at the 2019 ALIAs! On behalf of our whole staff crew and our amazing Espy community, we’d like to say a massive thanks and throw a massive St Kilda hug around the entire national hospitality industry. We are so proud to have Hotel Esplanade’s name up in lights on such an epic stage!” 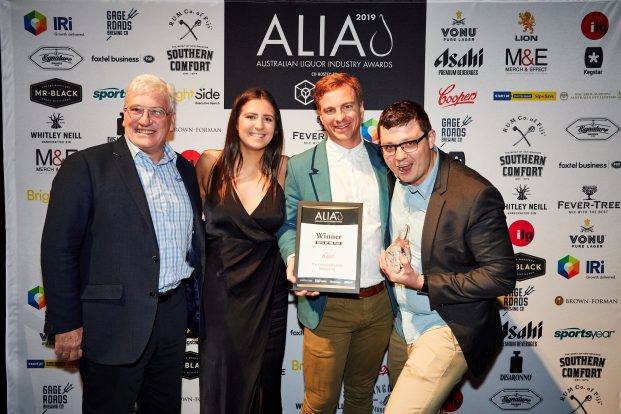 Hotel Esplanade was named Hotel of the Year.

In the major individual award of the night, Iain Ling of The Lincoln in Carlton was named Publican of the Year. It’s the second major award for the hotel in consecutive years, with The Lincoln named Hotel of the Year at last year’s event.

“Winning came as a bit of a surprise! It has been an awesome journey since getting the keys to the pub over five years ago. We have made a lot of friends along the way, many of whom we now consider family,” Ling told Australian Hotelier.

“After winning Pub of the Year last year, it was great to take a bit of time to reflect and appreciate the hard work of everyone involved. Very rarely are awards won individually and I’d like to thank all our staff past and present, suppliers and of course our guests who make our pub what it is. It wouldn’t have been possible without them.”

The last major pub award of the night, Hotel Group Operator of the Year, was awarded to Solotel. The group’s venues also won Best Sports Venue (The Sheaf) and Best Food Menu (Barangaroo House). Solotel CEO, Justine Baker, put the recognition down to the group’s continual evolution of its offerings.

“I’m delighted with the nominations and awards we received last week, it’s always humbling to be recognised by our peers, especially as operator of the year.

“We are constantly working to enhance the guest experiences through our food and beverage offering, music programming and sports coverage, so to be acknowledged this way is testament to the hard work and passion of our teams.”

In the other major award of the night, Lion was named On-Premise Supplier of the Year, a title which they last won in 2017.

The full list of award winners can be viewed here. 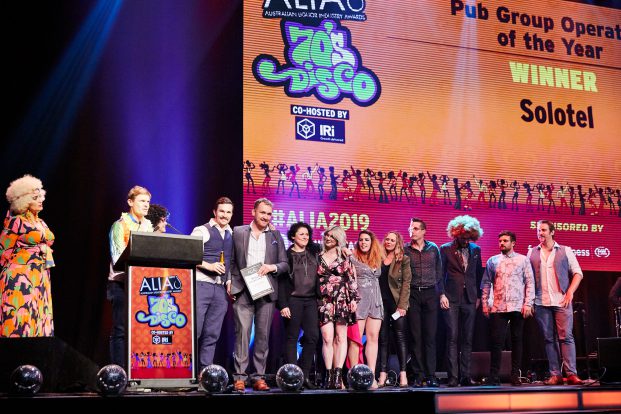 Ben Stephens accepting Hotel group Operator of the Year on behalf of the Solotel team.