Newcastle pub sales heat up for Belmont and Salamander

The year’s first big property sales have been revealed by HTL Property, who announced the off-market sales of both the Belmont Hotel and Salamander Tavern in separate transactions. The deals suggest ongoing interesting in Newcastle hotels by Sydney hoteliers.

The Belmont Hotel was sold privately by the Irvin Group to Sydney publican Don Hodge for an undisclosed sum.

The same realtors revealed last year over $300m in sales transactions in just a six month period, including the sale to Arthur Laundy of The Bells Hotel in Sydney’s Woolloomooloo.

“The sale of these two hotels on behalf of separate vendors is reflective of a number of recent and significant Newcastle region hotel sales to experienced Sydney hoteliers, who are investing time assessing the many opportunities found in an area so close to Sydney; and so alive with public and private sector infrastructure investment,” said HTL National Pubs Director Dan Dragicevich.

Situated on the Pacific Highway, The Belmont Hotel comprises a large format multifaceted offering over 3,753 sqm and 23 gaming devices.

Belmont Hotel vendor and multiple NSW and QLD hotel owner Joe Irvin of the Irvin Group said: “Our objective was to realise a positive sale and then redeploy the capital elsewhere.”

Meanwhile the Belmont purchaser and Sydney Publican Don Hodge said: “We’ve been deliberate in searching for acquisition opportunities such as the Belmont Hotel, and given our ownership of the nearby Warners At The Bay, feel that there will exist some potential operational synergies which provided us some additional attraction to the proposition.” 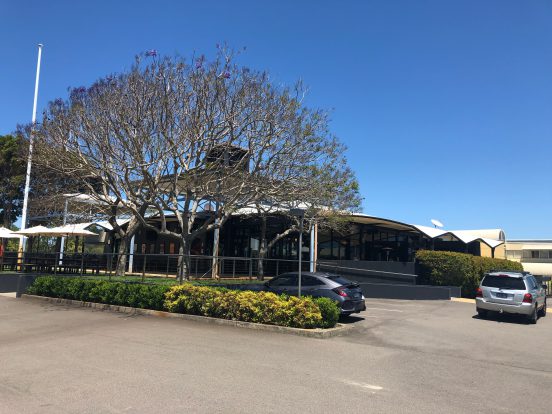 The Salamander Tavern in Port Stephens was also sold in a separate off market transaction. The large format venue was one of the first of the new wave of greenfield hotels built in NSW around 15 years ago and sits adjacent to the Woolworths-anchored Salamander Bay Shopping Centre. The transaction marks another step in the significant turnover of hotels in the LGA following the reinvigoration of the Salamander Shores Hotel under stewardship of Bannisters as well as the re-launch of the Country Club Hotel in Shoal Bay by Andrew Lazarus.

HTL’s Dragicevich said: “The major city markets will continue to enjoy greater prominence in terms of both volume and weighting, however the emergence of a patent appetite for A grade properties in significant regional markets such as Newcastle, Northern Coastal NSW and South-East Qld has never been as strong.”