In a massive shakeup in Sydney’s bar scene, the Odd Culture Group, formerly Thorpe Hospitality Group, have divested their interests in iconic Darlinghurst venue The Taphouse and will open a large, two-level craft beer, natural wine and dining venue on King Street in Newtown hopefully by March. With $2 million to be spent on the fit-out, it will take over the heritage building once home to the Happy Chef Chinese-Malaysian restaurant before it was destroyed by fire in 2018. Their new flagship venue, with a lease period of 20 years, will be called Odd Culture which was the name of the bar on the second level of The Taphouse that showcased independent wild fermentation ales and natural wines.

Group general manager James Thorpe said his brother, and former group co-director Josh, is the new leaseholder of The Taphouse. Josh left the business over a year ago.

Odd Culture Group has also taken out a 20 year lease on The Old Fitzroy Hotel in Sydney’s harbourside area of Woolloomooloo and plans to restore the historic venue to its former glory while maintaining the relationship with Red Line Productions which manages the Old Fitz Theatre housed in the hotel.

The two new venues further enhance the Odd Culture Group’s swift emergence in Sydney’s hospitality scene. Since forming in 2017 and buying The Taphouse from Stomping Ground’s Steve Jeffares and Guy Greenstone in the same year, it also operates The Oxford Tavern in Petersham and, after securing the leasehold interests to it in October this year, The Duke of Enmore.

Speaking to Beer & Brewer, James Thorpe said the feelings about moving on from The Taphouse were tinged with sadness but he was “tremendously buoyed” about the ambitious projects the group were now embarking on.

“We’ve been in The Taphouse for nearly four years now. It was my first venue and it is definitely bitter sweet giving it up. It will always have a very special place in my heart,” stated Thorpe.

“It was a really hard decision to make, but I think it is the right decision.

“I’m really optimistic about the future and the thirst for the types of things we’re doing from a growing audience of people.

“The new Odd Culture is the first venue we’ve done that starts as a blank canvas. Even though the building has been there for a few hundred years, we’re starting from scratch with it and that is immensely exciting for us.”

Outside of a brewpub or a pub, the new Odd Culture bar will be one of, if not the, biggest venues dedicated to the full spectrum of craft beer in Australia. Initially spread over two floors, Thorpe said it will roll out the original Odd Culture concept “on a much larger scale”. A long-term plan is to build the “biggest bottle shop in Newtown” on a third level where, similar to the likes of Carwyn Cellars in Melbourne, “the lines between on- and off-premise will be blurred”.

And in an area that the original Odd Culture was never able to explore, its new incarnation will focus heavily on food that befit the drinks on offer.

“One of the key concepts of Odd Culture is fermentation, whether that is with the wild and mixed fermentation beer or wines that are produced with minimal intervention.

“Our executive chef [Adam Cremona] is a fermentation nut. He loves yeast starters, and baking bread in house – so we’ll be taking that far, even down to curing our own salami. There is going to be a really interesting food component.

“It is an amazing heritage space on King Street too, that altogether is probably about 750 square metres. It’s quite big and a lot bigger than the original Odd Culture’s 120 square metres.

“It’s the biggest project we’ve taken on by far. It’s going to look absolutely stunning and it’s arguably in the best part of King Street (near the Dendy Cinemas and not far from the train station).

“We’ve got a lot of history on that strip too. [Group operations manager] Jenna [Phillips] and I used to work up the road (as managers at The Newtown Hotel), a bunch of our managers have come from pubs in and around there as well.

“We’ve been keen to get back onto the King Street strip for quite some time.”

The lease starts on January 1 and the group are hoping for an early March opening date.

Thorpe said the Odd Culture Group had retained all intellectual property from the original Odd Culture bar and that level of The Taphouse will be renamed something else.

“Other than that I think they plan to keep operating as is. It’s a good business model, it works well. It is award-winning after all,” James said in reference to Beer & Brewer naming The Taphouse as its Best Beer Bar in Australia in 2019.

Thorpe wasn’t quite ready to divulge much about their plans for The Old Fitzroy Hotel other than one of the key factors that attracted him to the project was the interaction that the food and beverage has with the Old Fitz Theatre.

“It’s a quirky pub. It has a lot of history – sordid in some parts. We’re really excited about it.

“We’re passionate about supporting the arts and the theatre is one of the most respected spaces in the country.

“When open the theatre is holding performances six or seven nights a week so that is business that is coming to the pub. It makes sense to support it.”

The Old Fitz hasn’t been open since 23 March but James said the theatre should be back holding live performances again early in the New Year with the hotel in business “not too long after”. 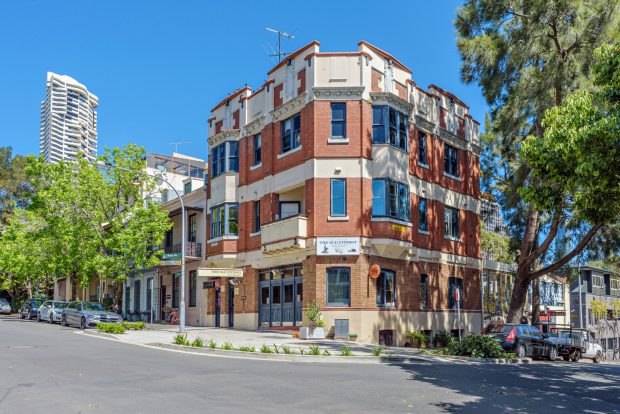