From Bars and Clubs: ALIA Bartender of the Year Millie Tang

Bars and Clubs journalist Brydie Allen caught up with The Gresham Bartender Millie Tang, to hear about her huge week of success.

October was a big month for Millie Tang.

In the space of a little over a week, she was part of the winning team in the global final of Licor 43’s Bartenders and Baristas Challenge, took out top spot in Australia’s Speed Rack final and was named Bartender of the Year at the Australian Liquor Industry Awards (ALIA).

Bars&Clubs was lucky enough to catch up with Tang, whose home bar is The Gresham in Brisbane, to talk about her recent successes. Hearing her describe and reflect on her time in the industry and recent successes, it’s hard not to be inspired.

Tang travelled to Spain in October to compete in Licor 43’s Bartenders and Baristas Challenge global final, joined by competition partner Jessie Williamson of Black Lab Coffee Co in Paddington. The pair used to work together, developing a camaraderie that gave them an edge on the world stage.

After seven challenges across two full days, Tang and Williamson came out on top against the teams from Denmark and Spain.

“I blanked when they announced that we’d won. I just couldn’t believe it. I had to go outside and call my mum!” Tang said. “AUSTRALIA LISTEN UP! Grab your best barista pal and give this a stab next year. It was a tonne of fun!”

The winning cocktail, called Island Hopper, impressed the judges with ingredients including coffee, bitters and cava.

Tang described the idea behind the creation: “The Island Hopper pays homage to how coffee and spices came to Spain and the rest of the world via the Silk Road and various merchant trails and to how Jessie and I came in to being as people, we’re both of mixed heritage and chose ingredients to represent our mixed backgrounds.”

“I was worried about how Simon Difford, one of the judges, would find the drink as his face said it all when I listed the ingredients during our presentation, but he loved it.” 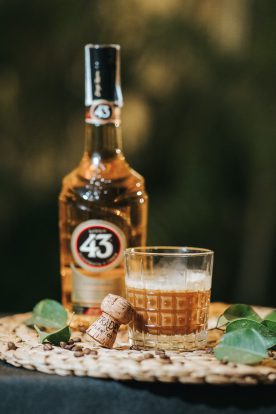 The female cocktail competition, founded by American bartenders Ivy Mix and Lynnette Marrero has its second Australian season this year. Tang competed last year too, and says its her favourite competition.

“Speed, precision, hype, excitement, boobs… all these elements combined with the fact that it’s backing an excellent cause and raising money for breast cancer charities… I just know it will keep growing and reaching more countries and getting bigger every year and I’m so grateful to be able to be involved,” Tang said.

The Australian final took place at Melbourne’s Hotel Esplanade, with Tang making it through preliminary rounds to win against Mjølner’s Alissa Gabriel in the end round.

In terms of the future, Tang said it’s important for females in the industry to lift each other up.

“From here on out I’d love to see the industry activating in ways to broadcast and reach those outside of hospitality, to those looking to join it, particularly women. I think there is great value in coming together to demonstrate and inform would-be recruits about the potential of a career in hospitality and making sure that support and resources are available to anyone looking to get their start,” she said.

“Everyone making their home in hospitality, hell, ANY industry should be made to feel welcome, accepted and supported, it’s as easy as treating each other with respect and consideration, and as individuals.”

For more from Millie on ALIA and her reflections of success, head to the Bars and Clubs website by clicking here.