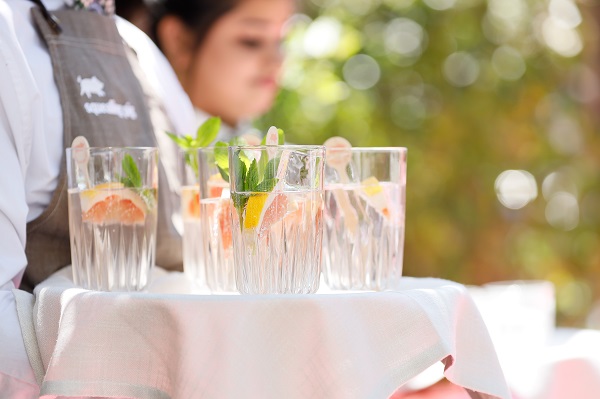 Held at the Atrium at The Grounds of Alexandria, 80 guests were treated to a ‘Pig N Soda’ on arrival (rosé gin and soda with grapefruit and mint). It was one of five pig-inspired cocktails served on the day. 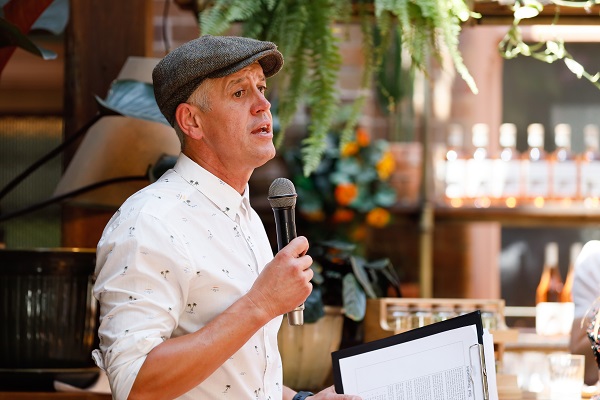 The cocktails were designed by Jason Crawley (pictured above), who’s long and impressive history in the drinks industry spans across the globe. 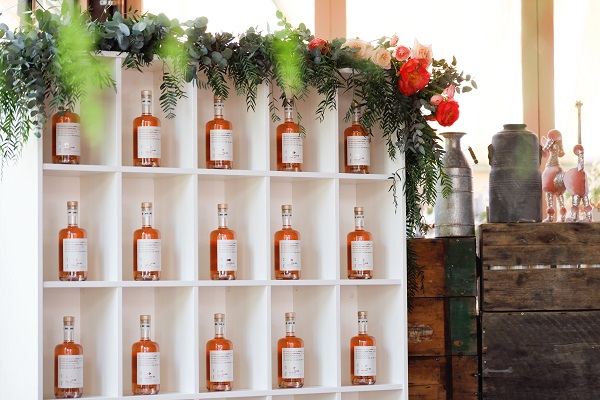 Crawley said: “crafted with 10 botanicals, the gin is beautifully balanced, but it’s real point of difference is that splash of the Squealing Pig Rosé wine in there which gives it a beautiful lifted flavour.” 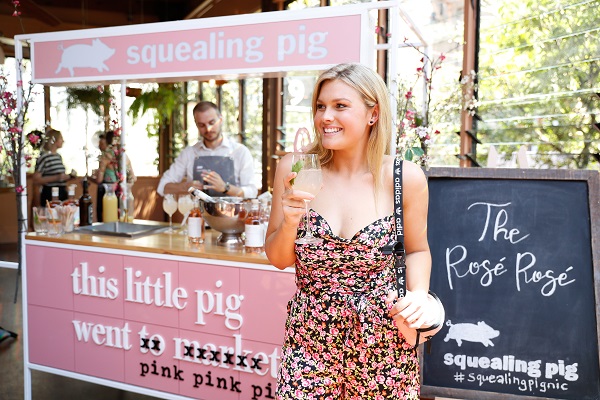 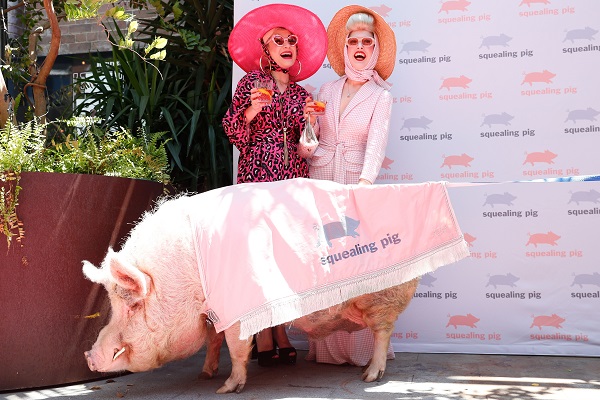 But the true star of the show was the new Squealing Pig ambassador, Kevin Bacon the pig, who came out of retirement to make the special one-off VIP appearance. 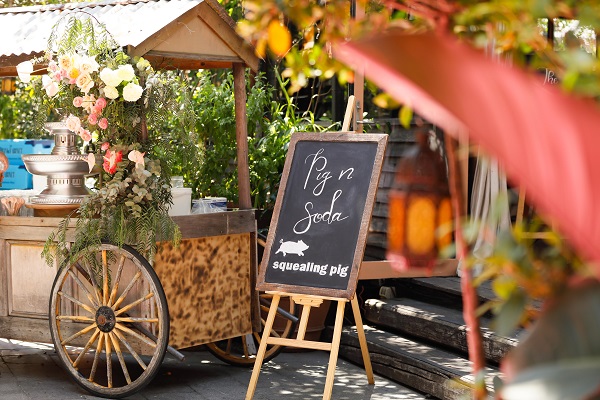 Squealing Pig Chief Marketing Officer Angus Lilley said: “Squealing Pig is a quirky brand that loves to do things differently, so appointing a prized pig as the ambassador for our new gin was an easy decision for us.” 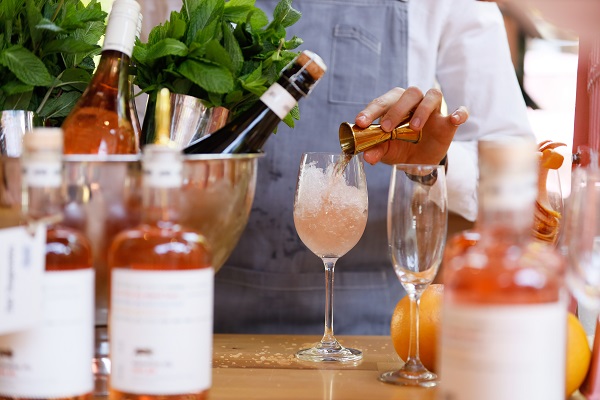 “With gin and rosé both booming in Australia – gin is the fastest growing category of any alcohol, and rosé is growing by 21 per cent – Squealing Pig Rosé Gin is match made in heaven,” said Lilley. 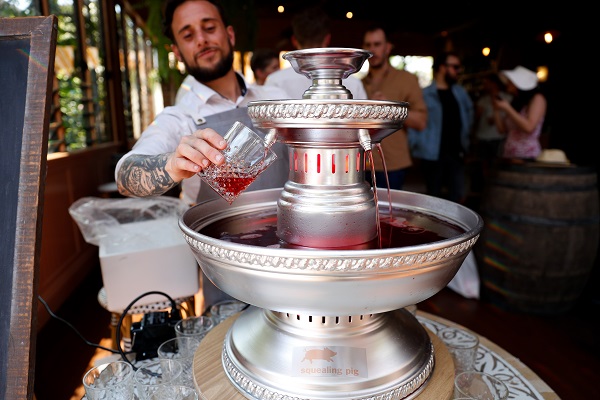 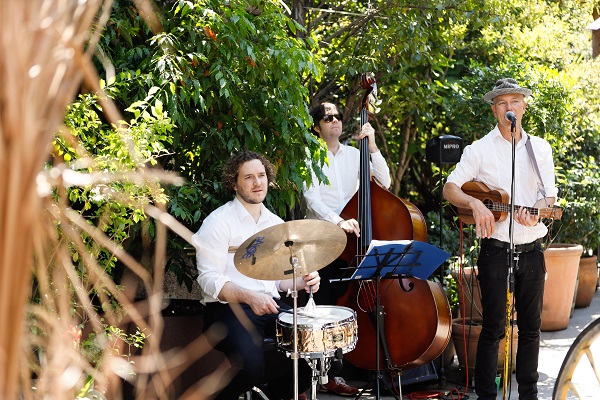 A relaxed summer vibe was helped along by a smooth three piece band. 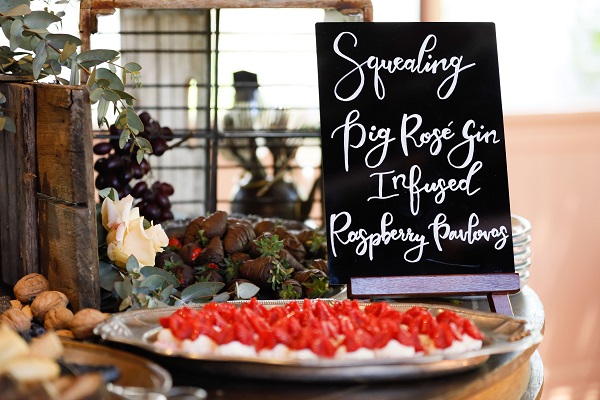 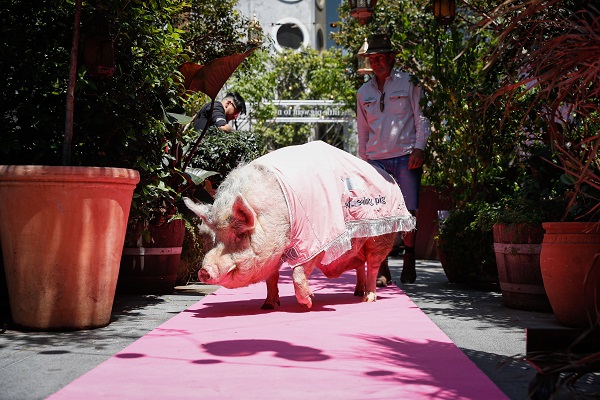 Kevin Bacon was once the resident celebrity pig at The Grounds, making international headlines after disappearing in 2013 with Bradley the lamb, mysteriously turning up two weeks later in Victoria. He retired in 2018, moving to Riverside Farm Minimbah, which is where he returned after Squealing Pig’s event. 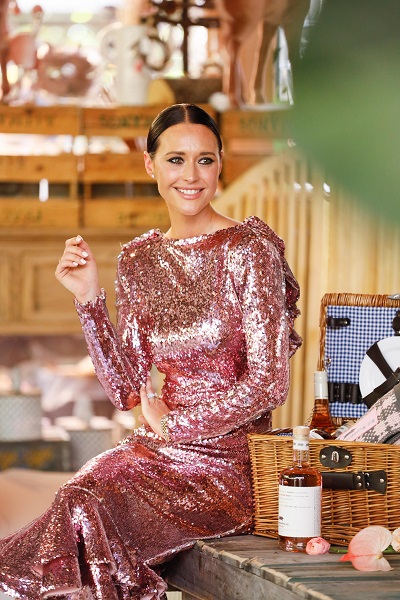 Related Stories
An industry of innovators
The selective innovation driving Squealing Pig’s success
TWE’s prep for a pink spring and summer
TWE delivers a strong result, with Australia a ‘gold standard’ for the company