A big win for the independents

The Oak Barrel in Sydney has been voted as the Liquor Store of the Year for the third time at the 2019 Australian Liquor Industry Awards (ALIA).

The Oak Barrel has been nominated for the award for the last four years and has taken it home three times.

For Scott Fitzsimons, the Whisky & Spirits Educator at the Oak Barrel, as well as being both humbled and delighted by the win, he said that he is mostly just happy to see so many independent liquor stores recognised in the category.

Plonk in Fyshwick and Bayswater Fine Wines in Rushcutters Bay tied as runner-up.

“We love them all. There’s so many great independent bottle stores and we don’t understand why we’ve been so lucky to win this award three times out of four nominations,” Fitzsimons said.

“We won’t win this forever. We’re in a bit of a golden patch for whatever reason, but this is going to be excellent moving forward if there’s so many indies in the finalist list, that’s a very strong thing for booze retail in this country.”

The Oak Barrel’s Owner, Paul Downie, was able to attend ALIA and accept the award for the first time this year and he was understandably very overwhelmed and delighted.

When we asked him what he thinks it is that sets the Oak Barrel apart in this category, he simply puts it down to the passion of his staff.

“I just want to thank the staff and thank the whole industry,” he said.

That passion is clearly evident in Fitzsimons, who said: “When we won this a few years ago we were very humbled to win considering how many great independent liquor stores are all around the country, as well as the chains.

“To win it three times out of the last four we’re taking the piss a little bit so we do apologise but there is one thing I want to say… we get the privilege of working for the Oak Barrel, we have the greatest job in the world.” 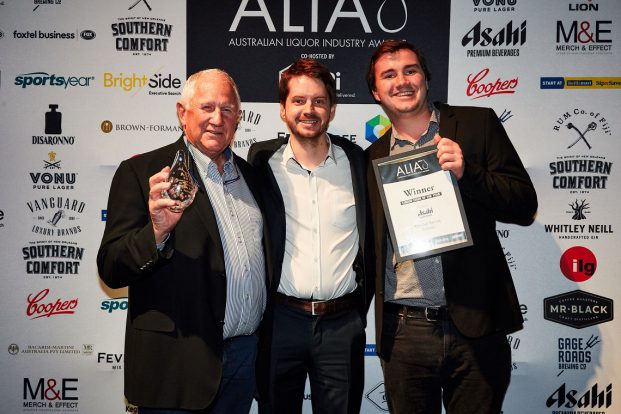