In the past week, Government restrictions and regulation has seen the closure of multiple industries, including on-premise venues.

Uncertainty and confusion caused by recent government announcements has caused some consumers to mistakenly believe bottle shops were set to close when pubs and bars did. Unprecedented amounts of people flooded some shops, as panic buying descended into liquor retail.

lockdown was just announced in Australia and people are swarming the bottle shops AHHAHAHHA pic.twitter.com/l4woI71DAI

Endeavour Drinks has responded to the panic buying situation by introducing proactive measures that limit the amount of product a customer can buy in BWS and Dan Murphy’s stores.

The new measures, put in place on 23 March, apply to stores across the nation excluding Western Australia, where the State Government has introduced its own set of purchase limits. The Endeavour Drinks limits aren’t as drastic as those, but are a sensible and measured reaction from the industry to panic buying scenes surfacing from stores around the country.

An Endeavour Drinks spokesperson told TheShout the temporary measures suit the formats of the stores.

“Although we are not experiencing stock issues at the moment, we wanted to make sure that all of our customers can access their favourite drinks,” the spokesperson said.

“We understand that there is comfort in feeling prepared in the midst of uncertainty, but we are confident that if customers continue purchasing as they would normally, these moderate restrictions could be removed sooner rather than later.

“We encourage customers to purchase as they would normally, continue to drink responsibly, and to please treat our team with courtesy and respect.”

The purchase limits join other measures that Endeavour Drinks is rolling out across stores to manage the COVID-19 pandemic. These include installing protective plexiglass screens at manned checkouts and floor markings around registers to help maintain social distancing between customers and staff, as well as reducing the maximum capacity of customers allowed to be in store at any one point in time.

Like many other retailers at this point, Endeavour Drinks is also encouraging card payments and operating contactless delivery and pick up through methods that still meet RSA requirements.

TheShout, Australian Hotelier, Bars and Clubs and National Liquor News will continue to work with the industry to bring you updates, news and advice regarding the impact of COVID-19 over the coming weeks and months. See our coverage so far here, or share your story with us by emailing editorial@theshout.com.au 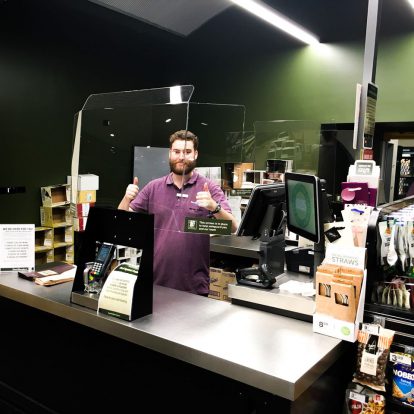