When Dave Moss set about renovating his liquor store, Harry Brown Bracken Ridge Tavern, he wanted to create a shopping experience that was five years ahead of the competition.

When considering the renovation, Moss said that they were very clear on the direction that they wanted to take. And despite the fact the world was thrust into a global pandemic and there was so much uncertainty around trading, they pushed on and couldn’t be happier with the results.

“With a renovation this size you would ideally close the store, but in the current retail liquor environment this was never an option,” Moss told National Liquor News.

“For around five weeks we had sections of the shop cordoned off to facilitate flooring works. We employed Fardoulys Constructions to project manage the renovation and ensure disruption to the customer was minimal.

“This decision was paramount to the success of the project. Ultimately every bottle and shelf had to be removed three or four times over the course of the renovation.”

Moss says that the idea was to create a complete five-star experience and this was done by replacing the entire floor and shelving across the entire store and by changing the layout to increase the capacity across beer, wine and spirits.

“When considering our renovation options we were very clear on our direction. We had to create a modern store that was five years ahead of what anyone else was doing and we had to focus on creating a shopping experience that makes the customers spend more time in the store,” says Moss.

“When considering the layout and fixtures of the checkout area, we tried to recreate the feeling one gets when checking out of a five-star hotel.

“The white Caesar stone service counter, LED lighting on every shelf and construction of a new 25 door fridge certainly added to the visual appeal of the store.

“We are more of a destination store, with a focus on complete ranging and an option to try before you buy on more than 75 premium spirits and wines. Our Penfolds wine selection is one of the largest on the Northside of Brisbane. We also have an extensive supply network and pride ourselves on being able to source almost any product that a customer may be looking for.”

Since the renovations have been complete, the customer feedback has been great. And Moss hopes that Harry Brown Brack Ridge Tavern can serve as a reminder to consumers that independent liquor stores can be competitive against the chains.

“The customer response to the renovated store is extremely positive and the interaction between staff and customers has greatly increased. The main comments tend to be around how good the store presents and the increased ranging.

This article originally appeared in the August issue of National Liquor News, which is online now! 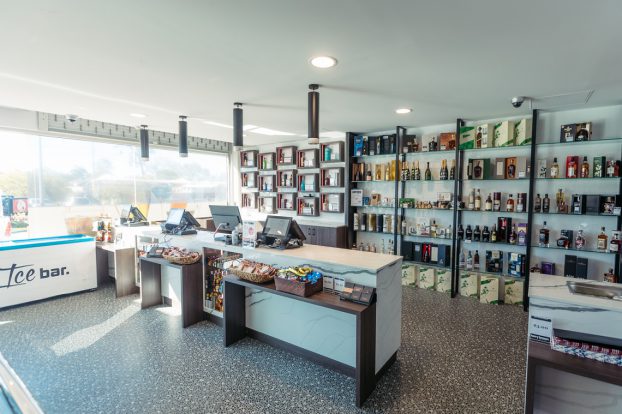 The front service counter is made with Caesar stone 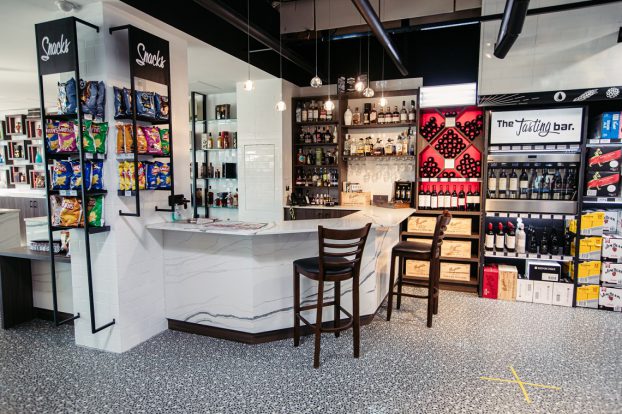 The store incorporates its own tasting bar 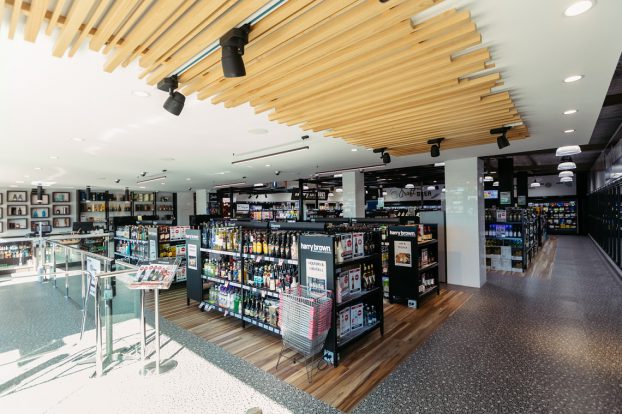 A wide angle view of the renovated Harry Brown store