Dan Murphy’s has become the first retailer in the country to use number plate recognition technology to enhance its customer service offering.

The direct-to-boot drive-through concept was launched last week at Dan Murphy’s Manly Vale, with plans for the technology to be rolled out to more locations later this year.

The technology is connected to the online ordering system for the Manly Vale store. Customers will enter their number plate details at the point of order and when they arrive at the drive through, cameras will scan the plate, alerting team members who will place the order in the customer’s boot. Dan Murphy’s says the service will allow customers to be in and out in less than three minutes.

Number plate recognition technology builds from Dan Murphy’s existing direct-to-boot retail offering, rolled out during the pandemic to allow customers to get the best possible contactless order collection. This service worked in a similar way to the number plate recognising process, however customers send a text when they arrive at the store to alert a team member to load their order into the boot. In both situations, RSA checks are performed before the order is fulfilled.

More than 170 Dan Murphy’s and BWS stores rolled out the direct-to-boot service since April, and Endeavour Group said the amount of customers opting to use this contactless pickup increased by 61 per cent during FY20. General Manager of Digital, Claire Smith, said this shows the power of technology and innovation with e-commerce.

“We are using technology to offer increasing convenience to customers, and the Covid crisis has accelerated the demand for innovative e-commerce solutions,” Smith said.

“Direct-to-boot service started as an idea to help customers and team members socially distance, but customers have responded to the convenience of it, so we are not only keeping the service indefinitely, but expanding the offering and making it even more convenient – like in the Manly Vale Dan Murphy’s store case.” 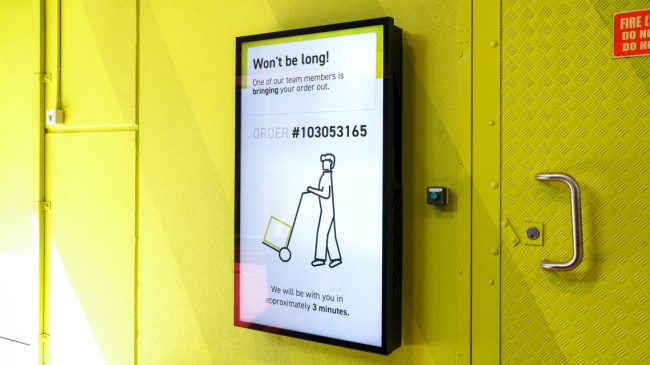 Smith also leads Endeavour Group’s digital arm, Endeavour X, which was launched last year to lead the digital transformation of customer and team experiences across the business, something she said is all the more important as we emerge from the pandemic.

“In the last six months, we have had to accelerate e-commerce capabilities for our retail brands including BWS and Dan Murphy’s. Covid-19 has changed the ways our customers discover and shop not just in 2020, but for the foreseeable future, and as retailers, we have had to adapt and innovate to meet their needs,” Smith said.

Other big news from Endeavour Group this week has been about the acceleration of its green energy program in South Australia.

Ten per cent of all Dan Murphy’s stores in Australia are solar powered, with the plan now to have 55 per cent of South Australian stores join that number by the end of FY21. This expands on initial greener plans from earlier this year.

In addition to this, more than 5000 solar panels have been installed at a winemaking facility in the Barossa, a wine packaging company in Angaston.

“We are seeing the greatest return on investment in South Australia simply because of the amount of sunlight hours, which is why the state will be a focus this financial year,” explained Tyson Holbery, who oversees the green energy program for Endeavour Group.

“We are making our stores and other facilities more sustainable across the country to reduce our environmental footprint and to save costs, and energy use is a big part of our efforts. We’re also investing in more efficient refrigeration and lighting systems.”