By Shane T Williams at the ILG conference in Vienna

Independent Liquor Group’s (ILG) key performance indicators are in growth. Sales revenue, sales volume and membership continues to grow. The two highlights are service levels for members at 98 per cent and membership growth at 13 per cent up on last year.

While the fundamentals at ILG look good, CEO Paul Esposito has addressed delegates at the ILG Vienna conference, saying “we need to continue to evolve otherwise we’ll lose our relevance in the market place”.

Esposito spoke to delegates on how he plans to future proof ILG by focusing on the continuation of ‘premiumisation’, buyers’ own brands, working with suppliers for members’ exclusives and spoke of the importance of supporting new product development (NPD).

“The challenge is to continue to grow membership as well as grow volume and value in the business. The difference between us and our opposition is that everything we make goes back to members. We’ve got fixed costs and infrastructure, if we can write more business, then that gives us the ability to offer members better pricing, and give more back in rebates,” Esposito told delegates.

“Writing more business is the key to future proofing ILG,” he said as he announced that he will introduce ILG banners into Victoria, which will increase the scale of ILG’s business and give ILG a true east coast footprint.

“Aside from the banners, the Bacchus Marsh site which opened last November, will operate both as a retail store and has the capacity to operate as a warehouse to service Victoria.”

Esposito also believes that on current performance, “Queensland in next three years could be a bigger market than NSW. ILG has successfully managed to win a number of new accounts in Queensland recently,” he said.

“Across all states, introducing Pubmart, and focusing in the clubs area will also help drive new business. There is a shift back to local and community support and ILG will restructure both banners to accommodate the changes.”

Esposito spoke of the importance of store foot traffic and supporting NPD. “A large percentage of growth in the liquor industry is new product. Over the next three months there is going to be a lot of NPD, there are new initiatives from numerous suppliers in different categories. We need to encourage our members to support these and be first to market to encourage foot traffic back into stores. By not supporting NPD, we’re driving foot traffic away to other areas.”

Other challenges Esposito spoke about are that the market has moved away from being price driven and how the focus needs to be on being better and different. By aligning with new NPD, and members’ exclusives, this will play a key role in bringing foot traffic back into stores.

Esposito highlighted the familiar trend of premiumisation across categories and how this will align with ILG’s new banner group ‘Fleet Street’.

“All suppliers are focusing on premiumisation and the data shows that people are drinking better and are prepared to pay more for premium products. In full bottled spirits, ILG is experiencing double digit growth and in the wine category, we are certainly seeing huge growth in the $14 to $25 bracket.

“Independents are in the right space and time at the moment, as there is a huge shift to buying local.  We need to focus on making our stores more shoppable. The data shows that people are looking for convenience; and we at ILG need to adjust our programs as consumers move away from big box stores,” said Esposito. He said that consumers are researching online then heading down to their local liquor outlet to purchase.

Esposito spoke about harnessing premiumisation with the Fleet Street banner, telling delegates of the new Fleet Street store that opened recently at The Commodore Hotel in McMahons Point. A second store is already open at Bella Vista, while three more stores will soon open at Collaroy, Mona Vale and North Avalon. The aim is to have 12 premium Fleet Street bannered stores up and running over the next 12 months.  Esposito also said the feedback has been very positive, leading to many enquiries, some outside of the ILG family and in other states.

In summary, delegates heard that while Bottler and Super Cellars are performing well with the trend of localisation, Pubmart will have a new offering this year to better suit members.

“We are working on a new program to better suit hoteliers that don’t want to run a full retail program. We’ll work with suppliers to streamline the number of products on offer and focus on the convenience play where price doesn’t have a major impact on sales.” 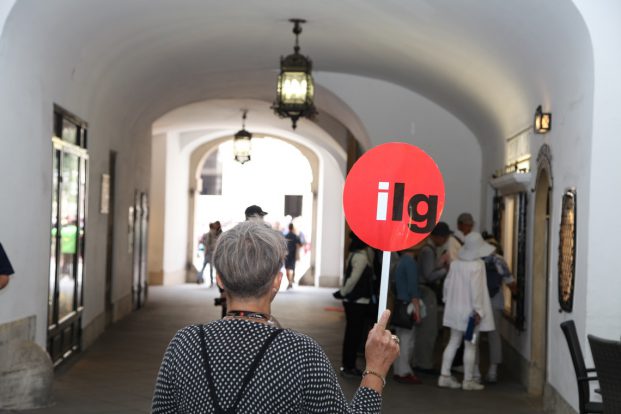 More than 100 delegates from Independent Liquor Group are in Vienna and Budapest this week for their yearly conference. The week is packed with work sessions, networking opportunities as well as sightseeing with likeminded independent retailers, publicans and suppliers. TheShout will be reporting live from the conference this week and full wrap up will be in the September issue of National Liquor News.