How can we trust the Draft Drinking Guidelines?

The Alcohol Working Committee (AWC), appointed to review the guidelines, contain a number who are demonstrably not independent. For example – one is a Board member of a Temperance organisation, another has dedicated her research life to disproving benefits of moderate consumption, and another is a former Board member of the anti-alcohol Foundation for Alcohol Research and Education (FARE).

Despite raising concerns with the NHMRC CEO about these conflicts, and highlighting further undeclared interests, nothing has been done to remove these members (under the NHMRC Act [1992], the CEO is compelled to dismiss members who fail to declare interests).

In 2001, the Guidelines recommended 28 units per week for men and 14 for women to reduce risk of long-term harm. The 2009 revision reduced this to 14 for both men and women. And if you believed the spin from the NHMRC, you might be led to believe they are now recommending a reduction to just 10 drinks a week.

The hidden truth is that the modelling (which is itself highly questionable) actually shows an increase in standard drinks per day based on an individual’s current drinking behaviour, and large differences in advice for men and women.

This critical information is buried in page 30 of the Guidelines and best explained in the pictured infographic: 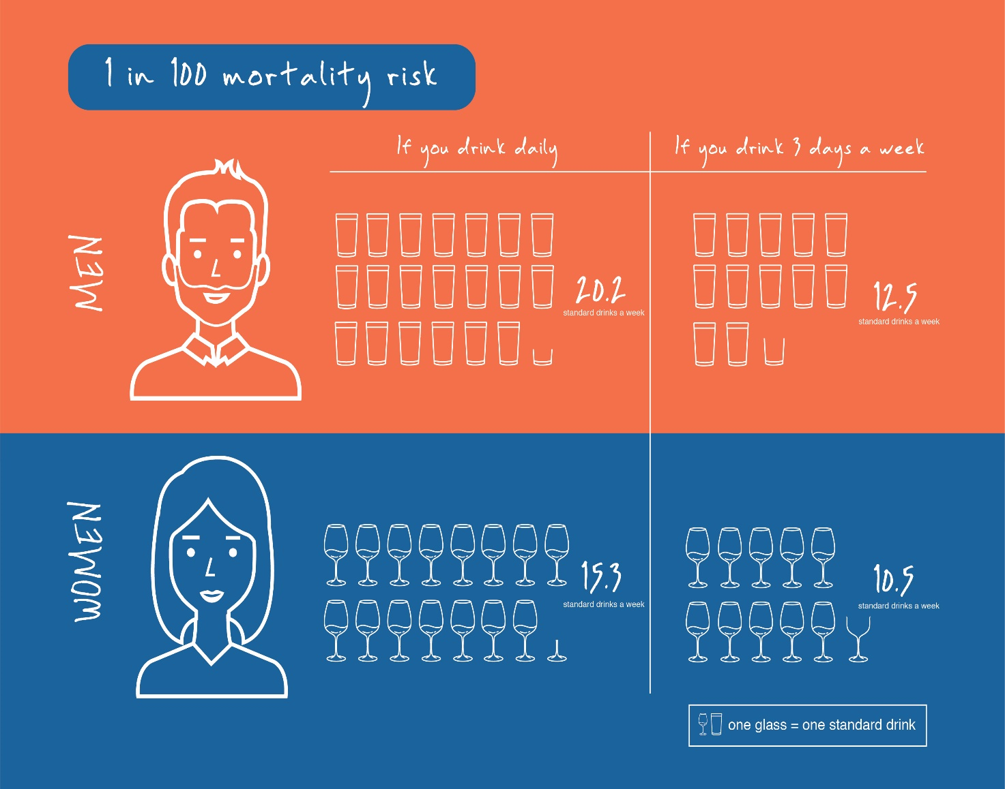 Submissions to the Draft guidelines are due on 24 February. ABA will be encouraging the NHMRC to be honest with the Australian people and provide them information relevant to their own drinking behaviours, rather than a dumbed down one size fits all approach. This would allow Australians to make fully informed choices and maximise public health outcomes.

This article was written by Alcohol Beverages Australia CEO Andrew Wilsmore for the March issue of National Liquor News.

Click here to see the NHMRC’s response to this article.