Reaching 20 vintages in the year 2020 is a milestone that easily rolls off the tongue, and it’s the reality for Longview in the Adelaide Hills.

Longview, operated by the Saturno family, was lucky enough to not lose anything in the nearby Cudlee Creek fire, which tore through the region just before Christmas last year.

However, despite having all their vineyards intact and not impacted by smoke taint or heat, Longview Director Mark Saturno said the 2020 vintage would be the leanest one yet.

With the knowledge that 30 per cent of the region’s vineyards were destroyed, and seeing the devastation of the fire on the local industry, Longview decided to offer up a portion of its fruit to other winemakers in the area that need it.

“We were the sort of instigators of a fruit register with the Adelaide Hills wine region… just setting up a bit of a ledger of fruit that we can offer and the varietals that we can spare, up to around $20,000 worth of fruit for growers who have lost everything,” Saturno said.

Saturno said they were committed to helping out in a meaningful way, especially after seeing firsthand the crisis unfold in the Adelaide Hills area.

“What we were experiencing that day was the fourth day of 42 plus degrees and that Friday the 20th December was 46 and 90 k an hour winds,” Saturno said.

“What struck us was just how quickly it was traveling south because of that wind… it all happened within a day.”

At Longview they watched the fire barrel towards them before a cool change in the afternoon slowed down the front and protected their property. Saturno counts his family very very lucky to be celebrating the 20th vintage milestone at all, and said a smaller quantity is the best possible outcome.

“As far as quantity, it will be down, but as far as quality, I think you can expect some pretty elegant fruit being picked later in the year,” Saturno said.

Right now, Longview is focused on getting ready for vintage and supporting other producers in the local industry. But once the grapes are harvested and the year slows back down, Longview will be taking the time to acknowledge and celebrate its 20 year achievement.

“We like to get on with it and don’t make too much of a song and dance about things unnecessarily, but this time we think that it really is worth crowing about,” Saturno said.

“We’re going to do a couple of things just to celebrate, and what that means we’re not quite sure yet…”

There are some other events that the 20th celebration could be tied into. For example, there’s the rebranding they’re currently in the process of doing, and the annual live graffiti art competition to design the label of the Reserve Shiraz, an event which just happens to be in its 10th year now too.

Along with the anniversary, 2020 also marks a shift in Longview’s winemaking, as Saturno describes “lots of changes afoot and lots of things in the wings”.

“We don’t have a winemaking facility here on the property, so we’ve been using a facility under the watchful eye of my brother [Peter Saturno] and Brian Walsh. But we’re now going to be working out of Bleasdale with Paul Hotker, which is really exciting,” Saturno said.

“And there’s a wine that we will be releasing, our first ever Syrah, so a very lovely fruit driven style of Adelaide Hills Syrah which will come out this year as well. And also working with Lodestone, Michael Sykes, who is a wonderful winemaker – he doesn’t have his own label, but he makes for a few smaller producers around the place – we’ll be doing two significant volumes with him.”

There are some exciting things to look out for from Longview this year, as the team deservedly celebrates all their years of hard work. 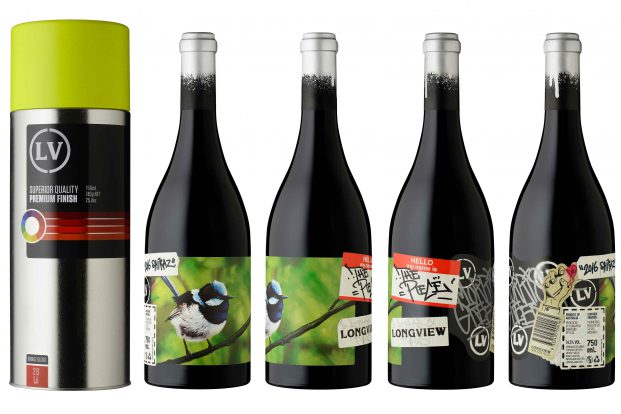