The Liquor Stores Association of Western Australia (LSA WA) has described their sundowner event as a great success.

Around 250 people converged on the banks of the Swan River in Dalkeith for the event, including keynote speaker, WA Premier Mark McGowan. Other parliamentarians were also on the guest list, joining LSA WA industry members and corporate partners at the Perth Flying Squadron Yacht Club.

Throughout the evening, the industry had the opportunity to come together and enjoy each other’s company again, something which hasn’t been possible for many months under COVID restrictions. The sundowner also played as backdrop for a Channel Seven live weather forecast, as well as a fundraiser for food rescue service OzHarvest WA. 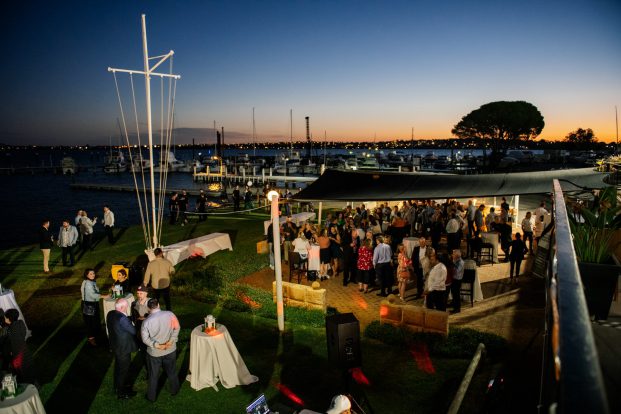 WA, which has enjoyed almost no COVID cases and restrictions for months and until recently has been committed to a hard state border, is the first state to bring this kind of in-person social event back to the industry’s calendar.

Peter Peck, LSA WA CEO described the success of the sundowner and said: “This event was a celebration that had been brewing all winter, especially after the COVID restrictions we had to endure earlier in the year.

“The vibe was electric and everyone was so happy to be mingling and getting a chance to be together.

“We were blessed with perfect weather on the night, and our corporate partners and members were delighted to get one on one time with the Premier Mark McGowan where they could offer him some insight into their business and highlight their concerns and issues within the industry.” 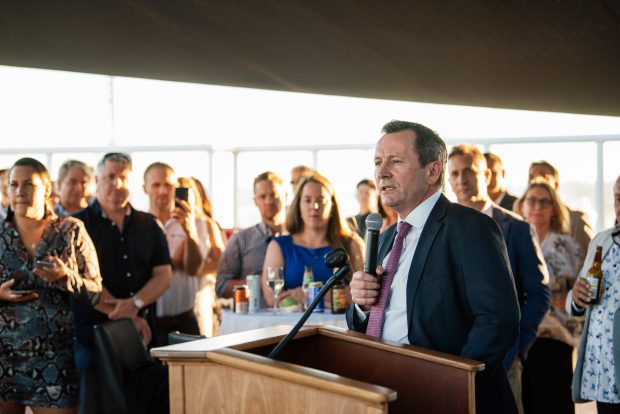 With the incredible amounts of positive feedback after the event, Peck said that LSA WA are now considering hosting an annual sundowner, noting especially the great results for OzHarvest WA.

“The most pleasing aspect for us overall was that we raised a significant amount of money for OzHarvest WA, which will allow them to deliver the equivalent of 2,320 meals to those across Perth and the Greater Metropolitan area. We are part of the community and it’s only natural we open up our hearts and wallets for the benefit of the community.”

The State Manager for OzHarvest WA, Jennifer Keen, said the partnership with LSA WA (which included but is not limited to the sundowner event) is vital to continue the work OzHarvest does for an estimated 35,000 vulnerable community members.

“Support from the LSAWA will allow us to keep the wheels of our vans turning-literally. For every $1 donated to OzHarvest WA, we are able to deliver the equivalent of two meals to those in need,” Keen said.

Check out video from the event on the LSA WA website here.