Proof & Company has announced the result of its 12-month search for a new CEO, announcing that Paul Broadbent will be taking on the role from April 1 this year.

The company’s Co-founders Paul Gabie and Spencer Forhart led the extensive search with support from the board of directors. Gabie will hand CEO responsibilities to the incoming Broadbent in the first CEO transition in Proof & Company’s nine year history and both Co-founders will remain as Directors to provide oversight and support.

Broadbent is currently Proof & Company’s General Manager for Australia and New Zealand and has been with the business since 2018. During this time the company’s Australiasian business has grown six-fold, including with the acquisition of distribution for independent Australian spirits brands like Never Never Distilling Co. and Sullivans Cove Whisky.

“Being part of such a progressive and dynamic drinks company over the past three years has been truly exhilarating. We have a fantastic brand portfolio anchored by great partners. When you couple this with talented and passionate people across our teams, the future is bright,” said Broadbent.

“Taking over from a successful founder is always a significant task and I want to thank Paul for handing over the business in such a strong position.”

Broadbent’s history before Proof & Company includes 14 years with Bacardi-Martini Australia, through which he undertook a variety of roles in different sectors, including global travel retail, national on-trade, national accounts and the brand ambassador program. He has held senior roles in Sydney, Brisbane and Melbourne and will now relocate to Singapore for the CEO role.

Gabie spoke about the upcoming shift in leadership and reflected on his time as CEO. He said: “Serving as CEO of Proof & Company has been the highlight of my career. Over the past five years, we have entered the Australia and China markets, grown by more than 500 per cent, and developed a team of spirits professionals that is amongst the most committed and able in the business.

“Proof & Company has a strong leadership team, talented market teams across the region, and some of the best brand partners we could ask for. Having worked together closely now for three years, I have every confidence that Paul Broadbent is the right leader for our next chapter.”

When Broadbent moves into the CEO role in April, Gabie will shift his focus to the global expansion of ecoSPIRITS, the closed loop spirits distribution technology that Proof & Company has developed, intended to reduce the delivered cost and carbon footprint of spirits.

Included in this transition is also the bolstering of the Proof & Company leadership team, which will see Broadbent’s previous role as General Manager, Australia and New Zealand, filled by Damian Kaehler, reuniting Broadbent and Kaehler who previously worked together from 2009 to 2018. Kaehler joins Proof & Company from SouthTrade International where he was Sales Director and more details about his appointment are expected in April.

The bolstering of the leadership team also sees Elaine Hardiman take on an expanded Group CFO role where she will work closely alongside Broadbent to lead the company. The expanded role means that Hardiman will take on broader oversight of the group’s financial and administrative functions across the entire region.

“During my time with Proof & Company, we have been on a transformative journey, not just one of rapid growth but also in upgrading our processes and systems. I am excited to be partnering with Paul Broadbent to help lead the next chapter of our development across the region. Paul and I are confident that our skill sets complement each other well as we take on the challenges and opportunities that lie ahead,” Hardiman said. 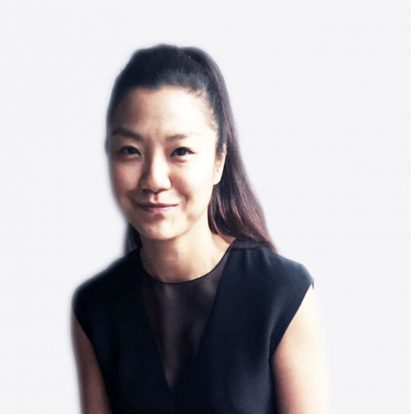