Tough new restrictions regarding the purchase of packaged liquor in Western Australia’s Pilbara region have been put on hold while the WA Liquor Commission examines several appeals.

The changes would also restrict people to buying one carton of full-strength beer, three bottles of wine or one litre of spirits per day. A person may be able to purchase a combination of beer and wine within the restricted amount.

Bradley Woods, the CEO of AHA WA has urged the regulator to go back to the drawing board and to reconsider the introduction of a Banned Drinkers Register.

“These blanket restrictions across an entire region will be ineffective in achieving the very thing they are designed to address – alcohol abuse,” Woods said.

“Everyone wants to see a reduction in alcohol and drug related harm however this needs to be done in a targeted, effective way if we are to see real results.

“Where alcohol restrictions have applied to other parts of Western Australia alcoholics have moved to other areas.

“The proposed restrictions have major flaws, making it easy for problem drinkers to circumvent them and rendering the policy useless.

“The AHA has long advocated for the introduction of a Banned Drinkers Register, which has widespread support from industry, the State Government the wider community.” 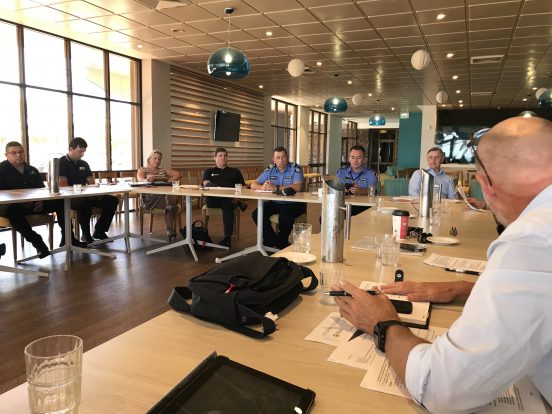 A WIN FOR COMMONSENSE

LSA WA CEO Peter Peck has encouraged the WA Liquor Commission to recommend the Department of Local Government, Sport and Cultural Industries to rethink their restrictions based strategy and come back to the table, working with the packaged liquor industry to use more than just a band aid approach to a very complex problem.

“These sledgehammer approach restrictions applied across an entire region will have very little long-term effect in achieving the very thing they are designed to address,” Peck said.

“A non-targeted approach like these restrictions will see a growth in the illegal trade of alcohol and drugs.

“The proposed restrictions are totally flawed before they are even introduced enabling the problem drinkers to simply find a number of workarounds making the restrictions useless.

“The only way to see a sustained, meaningful reduction in alcohol-related harm is to stop problem drinkers accessing alcohol – this can only be done through the introduction of a Banned Drinkers Register.”