Retail Drinks Australia (RDA) officially launched in Melbourne this week, announcing its Foundation Board Members and sparking a renewed excitement among the industry.

RDA has already accepted membership from a significant number of the packaged liquor licences in Australia. And following the launch most of ALSA’s state-based membership has consolidated across with the exception of Western Australia.

The Foundation Board Members include RDA CEO Julie Ryan and Giuseppe Minissale, the President of Porter’s Liquor as Chairman.

The Board is rounded out by Shane Tremble the General Manager Corporate Services at Endeavour Drinks Group (EDG), Justin Dry the Co-founder of Vinomofo, Rod Pritchard the Interim CEO of Australian Liquor Marketers (ALM), David Short the Managing Director of Shorty’s Liquor and Cathi Scarce the Director of Coles Liquor. 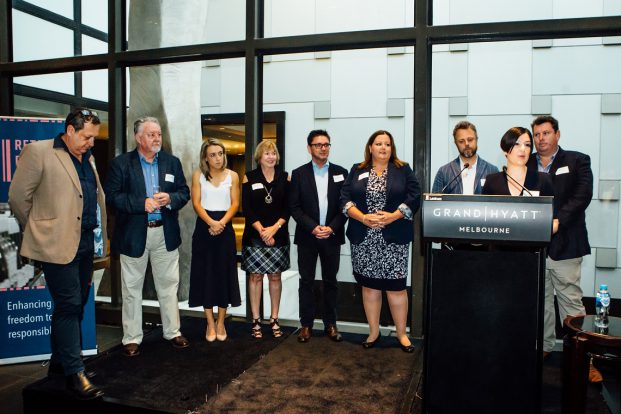 As a part of her opening address, Ryan explained the vision for the future of RDA as “to enhance the freedom to retail responsibly”.

She said: “These words were chosen carefully and intentionally – to underpin a move away from siloed and reactive advocacy and to embrace positive, agenda setting and pro-active representation.

“These words also specifically call out the leadership that must be taken in educating, and representing, responsibility in liquor retailing.”

The new structure of the association is intentionally corporatised both in form and philosophy.

“It is my strong belief that not for profit associations should be just as focused on delivering shareholder value as a profit generating enterprise,” said Ryan.

“Reviewing our P&L and applying principles of eliminating waste and maximising efficiencies will result in greater value being returned to members – in services, events, education, and representation.

“Aside from abandoning non-core activities, this can also be achieved by avoiding overlap with other industry bodies to allow Retail Drinks to focus on the core of liquor retail issues.

“While existing state-based relationships needed to be fostered and preserved, they also needed to be managed under a single structure that would ensure consistency of policy and strategy.

“Everything that we do at Retail Drinks Australia will remain focused on the vision of enhancing the freedom for our members to retail responsibly.

“We will provide tools and resources to make our members more efficient and save them money.

“We will partner with our corporate members to provide leading category insights, data and education.

“We will collaborate with other parts of the liquor industry to maximise our relevance on agreed issues.

“We will work with organisations such as DrinkWise and ABAC to provide education and tools to assist with compliance and responsible retailing.

“Most critically, we will have a single, credible, unified voice that will represent the consensus view of liquor retailers with all levels of government.”

Ryan thanked creative agency Nucleus and law firm Maddocks for the parts they played in executing the vision of the new brand, website, structure and membership.

She also thanked the support of RDA’s corporate suppliers, who are all now recognised with their own category of membership under the new structure.

The new structure and direction of Retail Drinks Australia has won back the support of the Coles Liquor Group, which had previously separated from ALSA around three years ago.

“ALSA and therefore Retail Drinks is indebted to the unwavering support and membership of both Endeavour Drinks Group and ALM, and I am incredibly proud to say that the vision and execution of Retail Drinks has won back the support of Coles Liquor Group, who have re-joined Retail Drinks.”

More information on the vision and purpose of Retail Drinks Australia can be found on its new website http://www.retaildrinks.org.au.