Cider Australia announced the winners of the 2019 Australian Cider Awards last Friday at a gala dinner in Melbourne.

Recognising excellence in cider production, the awards saw a field of 267 Australian and international entries across 24 classes. Judging was carried out by a panel of respected industry professionals including visiting guest judge, Tom Oliver from Oliver’s Cider & Perry in the UK and Jody Scott from Zeffer Cider in New Zealand.

Cider Australia also has a Champion of the Industry Award, which recognises individuals who have made an outstanding contribution to the Australian cider industry over a prolonged period of time. The 2019 recipient of this award was Dr Clive Crossley and partner Lynne Uptin OAM of Red Sails Cider in Tasmania.

President of Cider Australia, Sam Reid, said the pair’s passion for cider, commitment to quality and generosity in sharing their knowledge led to their selection for the award.

He said: “The strength of Clive and Lynne’s international networks and friendships has been important in shaping and influencing Australian cider.”

“They are an inspiration to many cider producers in Australia and overseas and show what is possible if you retain integrity and aim for the best.” 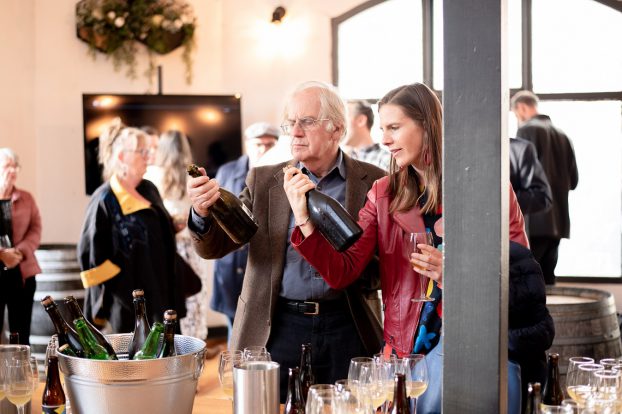