Belvedere has launched a new malted rye vodka expression, which uses a centuries-old technique of malting in order to release the rye’s richer taste and character.

The process includes steeping, sprouting and heating the rye in kilns up to 176 degrees, hence the name Heritage 176.

Up until the 1890s, Polish rye vodka-makers for centuries relied on the technique of malting rye to produce vodka with distinct flavour. As distillation techniques modernised the old malting traditions faded, but in a bid to ‘challenge neutrality’ the Belvedere’s Master Rye Distillers have revived the old method.

In 2018, our release of two different Single Estate Rye vodkas based on the same strain of rye demonstrated that terroir plays a significant role in shaping rye flavours.

“Now with Heritage 176, we are continuing to display rye’s enormous potential for rich and bold flavours, this time by malting rye to bring out its depth of flavour. Heritage 176 is a new sipping vodka based on old production technique.”

Rich and full-bodied, with hints of honey, walnut, and allspice, the recommended serve for Heritage 176 is on its own or over ice with a lemon twist known as ‘The Heritage Rocks’.

To mark the launch of the new vodka, Belvedere has teamed up with renowned Sydney restaurant Firedoor to offer an exclusive dinner box. Available until today, Wednesday 2 December, the Belvedere X Firedoor Dinner Box is available to pre-order from firedoor.com.au/fireshop for $135 for collection on Friday December 4. 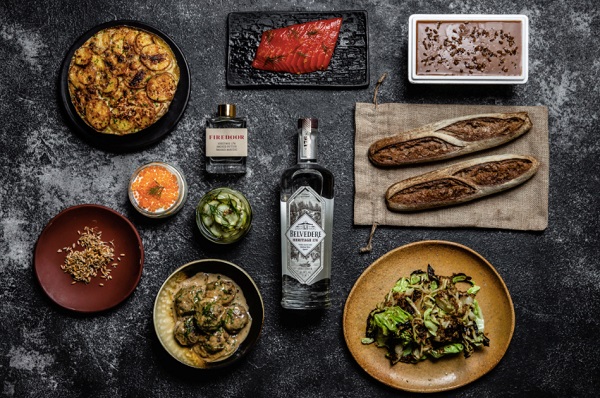 Featuring a Belvedere cocktail and a range of Firedoor food, the box includes: