Global drinks giant Diageo has delivered its 2019 preliminary results overnight, for the year ended 30 June 2019, which have shown solid net sales and operating profit increases for the year.

Diageo said that all regions contributed to broad based organic net growth of 6.1 per cent, with organic volume up 2.3 per cent.

Speaking about the result, Diageo’s Chief Executive Ivan Menezes said: “Diageo has delivered another year of strong performance. Organic volume and net sales growth was broad based across regions and categories, with new product innovation being a strong contributor.

“We expanded organic operating margin ahead of our guidance and increased investment behind our brands ahead of organic net sales growth.

“Fiscal 19 has been another year of strong free cash flow delivery at £2.6bn and we have returned £2.8bn to shareholders via share buybacks. The Board has approved plans for an additional return to shareholders of up to £4.5bn over Fiscal 20 to Fiscal 22.

“Our focus on quality sustainable growth is backed by a culture of everyday efficiency that enables us to invest smartly in marketing and growth initiatives while expanding margins.

“These results reflect the steady progress we are making and as we look ahead we see attractive opportunities to deliver consistent growth and create shareholder value. In the medium term I expect Diageo to maintain organic net sales growth in the mid-single digit range and to grow organic operating profit ahead of net sales in the range of five to seven per cent.”

Locally Diageo Australia does not give specifics of its performance, but Managing Director David Smith told TheShout that he is pleased with the company’s performance over the last 12 months as an employer, in promoting responsible consumption and with its brands. 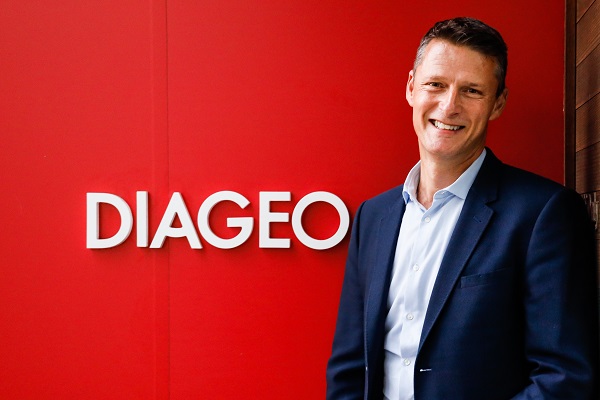 “I have the privilege of leading a fantastic team in our Australian business who have worked incredibly hard to deliver a strong performance in F19,” Smith told TheShout.

“I’m also particularly proud of how we’ve led our business with purpose. We received our first citation from the Workplace Gender Equality Agency as an Employer of Choice, we continued our gender equality journey with the announcement of our progressive family leave policy that is an investment in our people, and our global education program The Smashed Project, that aims to combat underage drinking and is funded by Diageo, has now reached 47,000 Australian teens.”

He added: “The spirits category is thriving, consumers are embracing cocktail culture and our brands have been a strong contributor to the category’s growth, particularly our gin portfolio, Gordon’s and Tanqueray, as well as our Scotch brands. Innovation has been strong across both FSBS and premix with launches like Baileys Strawberries & Cream, our Game of Thrones releases including White Walker and the Single Malts Collection, Tanqueray & Tonic and Gordon’s Premium Pink Gin & Soda.”

The strong performance of gin and premix was also highlighted in Diageo’s global result presentation, with the company saying that global net sales of Tanqueray increased by 20 per cent and that two super-premium Tanqueray premix offerings were launched in Australia, and more recently in the UK.