The Australian Capital Territory (ACT) Government has confirmed that it has appointed Exchange for Change as the Scheme Coordinator for the ACT Container Deposit Scheme (ACT CDS).

The ACT Government’s NoWaste is responsible for the scheme in the territory and they gave a presentation at the Liquor Stores Association NSW & ACT briefing in Canberra on 28 March, when it was revealed that the ACT CDS would be similar, but different to the heavily criticised NSW Return and Earn scheme.

The ACT CDS will be started on 30 June 2018 and the Government said: “The Scheme encourages recycling within the Canberra community and aims to reduce waste to landfill via increased source separation of eligible containers at CDS collection points and material sorting efficiency increases at the Hume Material Recovery Facility.

“Under the Scheme, consumers will be able to return eligible, empty beverage containers to designated collection points and receive a 10 cent refund for each container.

“Most aluminium, glass, PET, HDPE, steel and liquid paperboard beverage containers between 150 millilitres and 3 litres (inclusive) will be eligible containers under the Scheme.”

The LSA NSW & ACT briefing also revealed that one of the key differences between the ACT and NSW schemes will be the reliance on reverse vending machines (RVM), instead the ACT will look to establish more over-the-counter collection points, which will be located in high-residential catchment areas and will encourage more small business involvement. 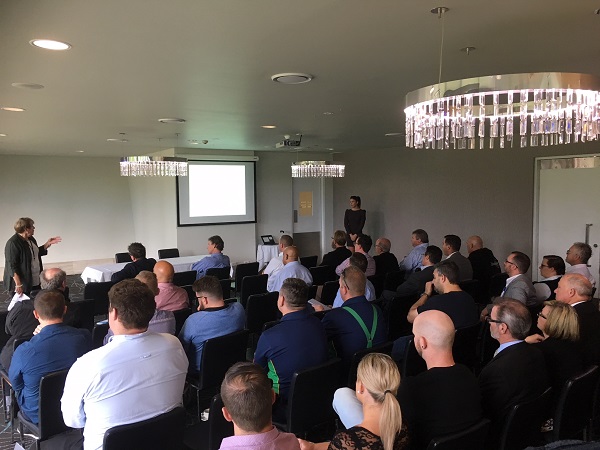 The LSA NSW & ACT’s Executive Director, Michael Waters told TheShout that he welcomed the approach taken so far by the ACT Government

“Given the absolute debacle that the NSW CDS has, and continues to be, the ACT Government should be very careful not to make the same mistakes, and from the conversations I’ve had to date with Minister Fitzharris’ office and ACT NOWaste, it would appear as though they have been willing to engage and actively listening to industry’s concerns,” Waters said.

“It makes sense to have Exchange for Change coordinate the ACT CDS, and having the focus on over-the-counter collection points as opposed to large reverse vending machines will also enable more small local Canberran businesses to get involved and support their communities.

“We look forward to continuing to liaise with the Ministers’ office and with ACT NOWaste in the lead up to the CDS commencement on 30 June.”

Following its appointment as Scheme Coordinator, Exchange for Change has sent out a newsletter, which details critical information for suppliers and retailers regarding the scheme. This includes that the first invoice will be issued on Monday 2 July and that this invoice must be paid within seven days.

Any company supplying containers into the ACT must enter into a contract with Exchange for Change ACT, and suppliers can sign-up at the ACT CDS website. Exchange for Change said that if the same company/business is being used for the NSW CDS then this can be indicated in the sign-up process and they will be able to reuse much of that information to help streamline the process.

Although details of the fees for the ACT CDS have not yet been revealed, the Government has said that in addition to the IPART beverage price auditing which is in place for the NSW CDS, the ACT CDS also plans to engage an auditing body.

The ACT CDS is seeking to engage the Independent Competition and Regulatory Commission of the ACT (ICRC ACT) to carry out beverage price audits both before and after the scheme commences. The ACT Government said that the ICRC ACT engagement will safeguard both beverage retailers, consumers and small business with regards to price gouging.

The ACT Government, Scheme Coordinator and the Network Operator of the ACT CDS will be holding an information session for all interested parties on Wednesday 11 April at the National Gallery of Australia in Gandel Hall. The session will commence at 9.00 am, concluding at midday. For those unable to attend a webinar option is available, for more information contact Jasmine De Martin on jasmine.demartin@act.gov.au.