Furphy has announced it will be launching its second beer, Furphy Crisp Lager, with exclusive first access given to Geelong.

As the home of Furphy, Geelong will be able to try the new beer on tap from today, before the brand rolls out to the rest of Victoria in mid-May.

The news comes after the significant success of the brand’s premiere Refreshing Ale, launched nationally at the start of 2018. From here, it took out multiple titles at the Australian Liquor Industry Awards (ALIA) in both 2018 and 2019, proving to be a hit for the on- and off-premise markets.

Malcolm Eadie, Furphy’s Craft and Premium Brand Director, said: “Furphy Refreshing Ale has seen great success in Victoria since its launch in 2014. Within five years, it became the sixth biggest beer by value in the state – and it’s been a local success story,” Eadie said.

The decision to create the Crisp Lager was made in order to appeal to a wider audience of easy-drinking beer lovers, while also staying true to the brand’s roots.

Head Brewer at Little Creatures Geelong, Warren Pawsey, said: “In developing a lager from Furphy we wanted to make sure that it had the great quality and brewing credentials the brand is known for, whilst still being super refreshing and highly drinkable. We think we’ve created a cracking lager – it’s light, crisp and offers ultimate refreshment.”

Eadie added: “In speaking to Victorian consumers about the beer last year, we learnt that there are plenty of drinkers who love our Ale, but many beer drinkers told us they were looking for something really crisp and easy-drinking from Furphy. They talked to us about making a lager that would be a perfect beer for occasions when they are getting together with their mates in the pub or at a BBQ.”

Furphy’s connection to Victoria goes back before they brewed their first beer, back to the name of the Shepparton family who made water tanks used by soldiers in WWI. It was around these tanks that some suggest the definition of furphy as a ‘tall tale’ began, as soldiers swapped stories and rumours.

Today, the same family make the stainless steel Furphy fermentation tanks that have played a key role in the development of Furphy’s new lager.

Furphy Crisp Lager is available at pubs across the Geelong region including Little Creatures Brewery, The Edge, City Quarter, West End and The Inn. 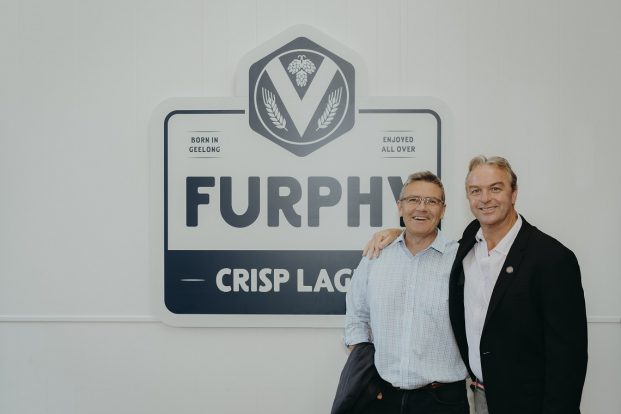