Gage Roads Brewing Co has opened the doors on its first-ever venue, the Atomic Beer Project, a brewpub in the Sydney suburb of Redfern, incorporating a microbrewery, co-working space and restaurant.

All the beers at the pub are brewed fresh on-site, with the brewery’s core range of Atomic Pale Ale, XPA and IPA sitting alongside a rotation of limited release, seasonal and experimental brews. Those releases include Cryo Red Alert and Paul’s Porter, named after a key member of the venue build team.

Led by Head Brewer, Nick Ivey, Atomic Beer Project’s team’s mission is to explore and experiment with hop flavours and beer styles, while delivering beer full of depth but without complication.

Gage Roads said of the pub: “Housed in a renovated mid-century warehouse in the heart of Redfern, Atomic Beer Project draws on the creativity and progression of the area. Careful consideration has been taken to ensure Redfern and its history is reflected throughout the brewery.

“The interior is emphasised with splashes of colour – namely bold red, green, and yellow – which separates the two-tiered bar, dining, and co-working spaces to create a modern, playful ambience. The custom-built bar features a striking 12-metre long top, with its bright green glow a nod of the head to the colour of hops.”

The functioning brewery is on full show featuring a state of the art three-vessel brewhouse, four-fermentation vessels and six-bright tanks, visible from every corner of the venue and connected to the taps so patrons can drink beer fresh from the tank.

The restaurant is led by Head Chef, Jordan McLeod, ex-Longrain Tokyo, and serves up Pan-Asian inspired bites, shares plates and mains for lunch and dinner.

Located at 158 Regent Street, Redfern, the brewpub can hold up to 200 patrons max, with capacity under COVID-19 restrictions at 81 patrons and is open from 7am until late, seven days a week.

See images of the new venue below: 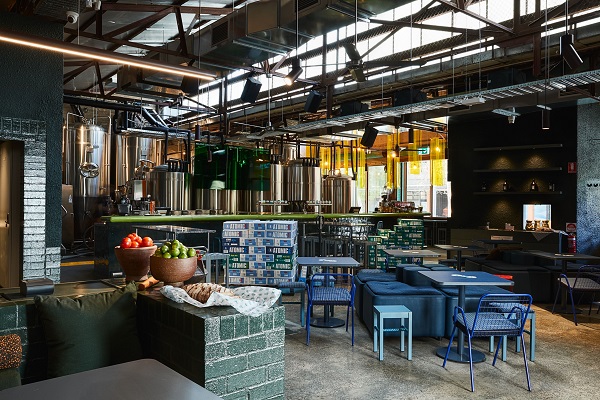 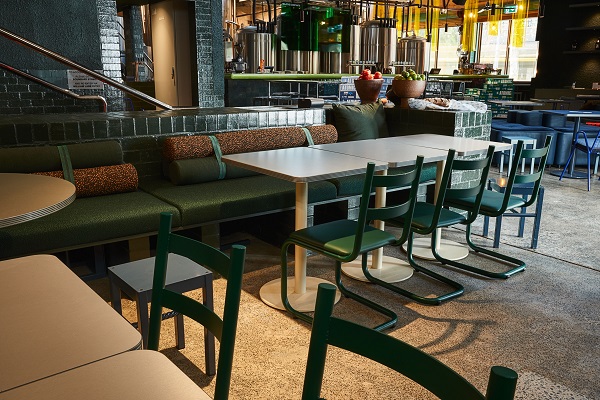 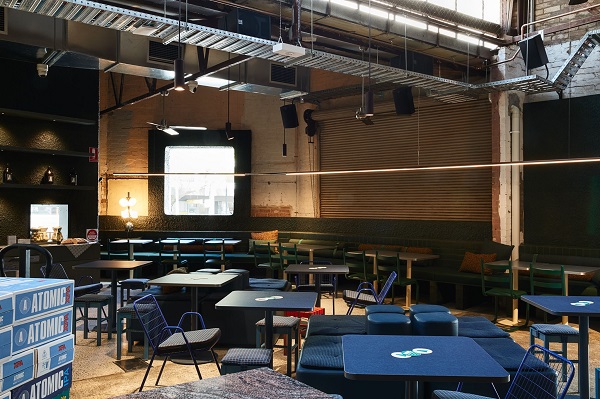 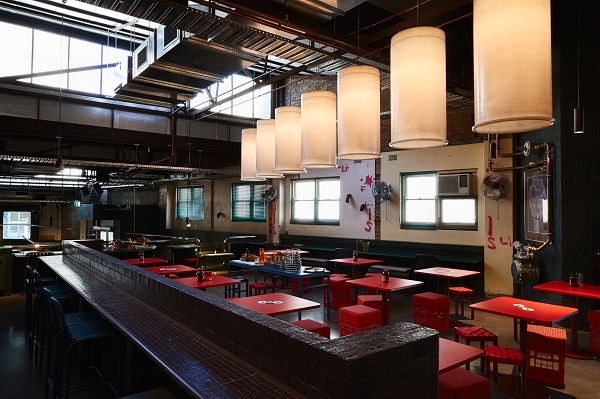 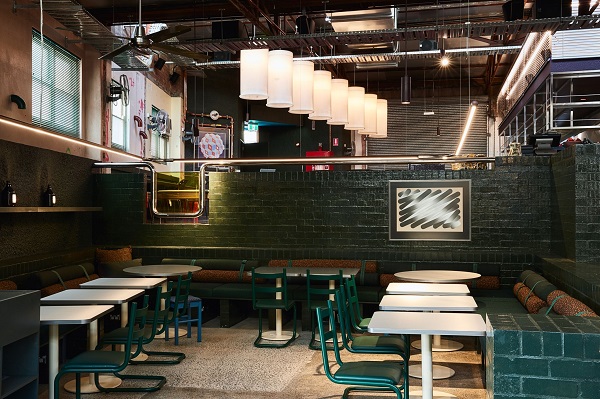