The COVID-19 pandemic is causing a great deal of disruption to the drinks industry, with multitudes of events of all sizes postponed or cancelled.

With the uncertainty of the world right now, it’s impossible to know what the coming months will bring. Instead of being defeated by this though, the industry is using it as inspiration, finding ways to bring events and communities to life through the internet.

Some of the exciting upcoming events in the spirits sector came from The Whisky Show, with Melbourne events scheduled for April. But due to advice from medical and government officials, organisers determined these events could not go ahead as planned.

Instead of cancelling though, they’ve launched the Virtual Whiskey Show (American Style), a fully online celebration of around 50 whiskies from the USA and Canada, plus some Ryes distilled in Australia.

Announcing the change, The Whisky Show said: “We have developed a unique way to bring this event to you, in the comfort of your own home.”

Ticket holders will receive a box of 10ml whiskey samples delivered to them, equal to the number of whiskies that could be tested at the physical show, plus a show glass and access to the event app (powered by the Whisky List), which will be specially configured to support an online interactive experience.

The Whisky Show Founder David Ligoff, told The Shout that the aim was to: “Keep the whisky flowing.

“It’s opened up a whole new avenue for us, really because of our Whisky Show app, because that allows the integration of sampling, video tastings and also online purchase. All of those things together are what people get at a physical show, and we wanted to replicate that on a virtual show.”

The interactive capabilities will allow virtual guests to go through the show at their own pace, reviewing samples and leaving comments. Find more information at their website here.

Also going online in the name of whiskey is Sydney retailer the Oak Barrel, who often host tastings events and masterclasses in store. One of their upcoming events, a tasting of Boutique-y whiskies, has been moved online with a live stream and a video posted after the event.

Participants just need to buy the tasting pack from the Oak Barrel’s website before their cut off date, and then tune in on the Facebook live stream to participate in the live virtual tasting. 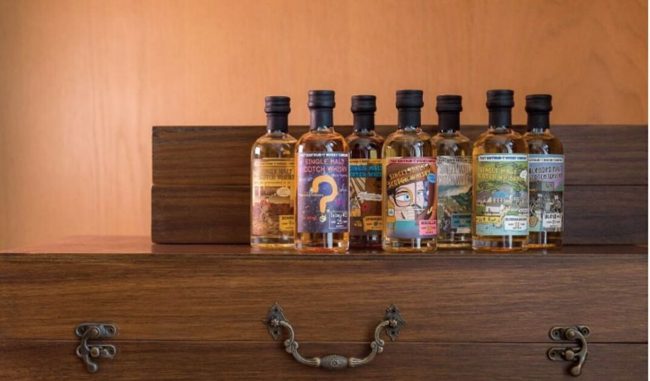 The collection of Boutique-y Whisky Co tastings for the Oak Barrel.

Meanwhile, in the beer world, Good Beer Week’s Indie Beer Showcase was scheduled to take place from today in Melbourne, and was a chance for attendees to sample over 100 beers from 30 independent Australian breweries. The program also included masterclasses where tastings were run with the brewers themselves.

The showcase announced it would be rescheduled alongside news that the Good Beer Week Festival was also to be postponed until later notice. Neither event wanted to cancel altogether, to support the brewers and everyone who had put so much work into the events already.

And now, the Indie Beer Showcase won’t be missing it’s originally scheduled dates at all, instead holding online masterclasses with video streaming connecting the brewers to the audience, all while maintaining social distancing guidelines.

Siobhan Kerin, Good Beer Week Festival Director, said: “We were truly gutted at the idea of completely postponing the Indie Beer Showcase, with all the hard work that’s gone into it by everyone involved.

“We’re truly passionate about our beer community, the industry, and beer-lovers. So, we hustled together as a team and decided to take the Indie Beer Showcase virtual.”

Information about the livestream is available here. Organisers have said that if you can’t find the specific beer in the class, that’s okay – just crack open an independent beer and join the conversation. The aim is to support all indie beer and get people talking. 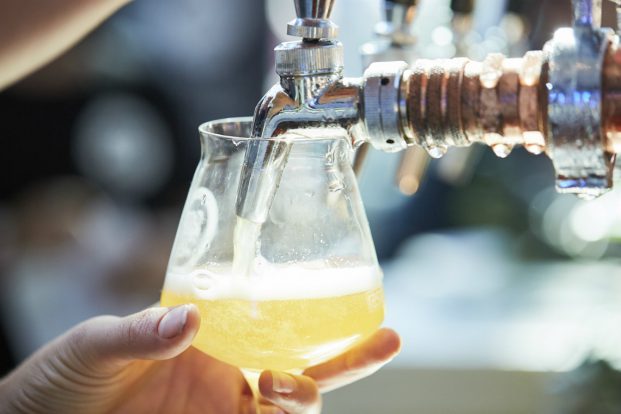 Good Pair Days, for example, have announced they will be holding a range of live online tastings with their Sommeliers, as well as starting a new weekly newsletter with content from their wine team, and simple recipes and pairings for people to make while in isolation or quarantine.

They’re also working on setting up online communities to help people connect virtually and explore wines from the comfort of their homes. Earlier this month Good Pair Days also began allowing one off box orders, rather than subscriptions, to get more people trying new wines when they need it. Now is as good a time as any!

TheShout, Australian Hotelier, Bars and Clubs and National Liquor News will continue to work with the industry to bring you updates, news and advice regarding the impact of COVID-19 over the coming weeks and months. See our coverage so far here, or share your story with us by emailing editorial@theshout.com.au