Award-winning Tasmanian distillery is eyeing expansion into the broader Asia-Pacific market in a new partnership with Proof & Company, who will also take over Australian distribution.

The new partnership will see Proof & Company now offer the Sullivans Cove portfolio of acclaimed spirits to its client base of more than 3000 leading bars, restaurants, hotels and retailers in Australia, New Zealand, Singapore, Hong Kong and China.

“The partnership with the wonderful Sullivans Cove team builds on that commitment. We look forward to sharing their exceptional portfolio with our clients across Asia Pacific.”

Proof & Company’s drinks consultancy, Proof Creative, will also work with the Sullivans Cove team to bring Australian whisky to some of the region’s most high-profile bar openings. 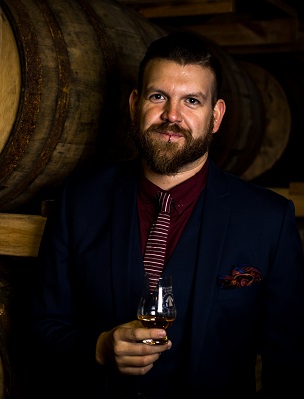 Sullivans Cove Brand Manager, Fred Siggins (left), said: “We’re thrilled to be partnering with Proof & Company for distribution of our products in Australia and throughout the Asia Pacific region.

“Our focus has always been on quality over quantity, so it was important for us to partner with a distributor who understands that and isn’t just going by the numbers.

“As a small team, we’re never able to spend as much time out in the venues as we would like, so we’re excited that our customers in every state and every country in the region will have access to local knowledge and understanding through the Proof & Company team, and we look forward to building closer relationships, hosting brilliant events and offering better service than ever through this partnership.”

Although the new distribution partnership will help raise the profile of the distillery and Tasmanian spirits around the region, Sullivans Cove’s limited stock availability and very high demand remains, so stock will remain on strict allocation.

Sullivans Cove Distillery is one of Australia’s premier craft producer of single malt whisky, having won three ‘World’s Best’ titles at the World Whiskies Awards in 2014, 2018 and 2019 and many, many other accolades both locally and globally.

Many of these casks will be hand-selected at the peak of their character and quality to be bottled completely unblended as Sullivans Cove’s flagship single cask whiskies, while others will be carefully married together to create Sullivans Cove’s small-batch vatted Double Cask expression.

Beyond whisky, Sullivans Cove also collaborate with the Tasmanian wine industry in the Huon Valley, using a 100 per cent Tassie grapes to produce both single cask and vatted brandy expressions.