A number of wine industry experts have described their first experience with the new $A150 Penfolds Lot 518 Spirited Wine blended with the most popular spirit consumed in China – Baijiu.

The decision by Penfolds to launch this product is tapping into two key trends – the rapidly growing consumption of wine in China which has soared in recent years to now represent sales of $A4bn, while the overall value of the traditional Baijiu market in China by comparison is almost $A100bn.

The tasting of the new Penfolds Spirited Wine, conducted at the recent ProWine China exhibition in Shanghai, saw a mixed reaction from Australian wineries and wine professionals.

Penfolds says curiosity and a decision to break the conventions of traditional winemaking led them to create the product, which has 21.5 per cent alcohol, as a “rich, complex and full-bodied hybrid, as floral and fruity notes of the Baijiu meet the bold signature style of our Fortified Shiraz”. 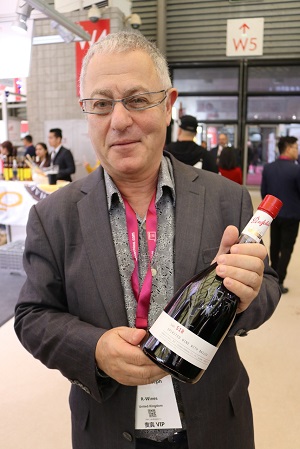 “The first thing to say, is that it is not a wine. It is interesting because I was in California and they have 16 and 17 per cent wines that are not fortified with anything and my French friends would say that these are not wine either.

“This is a very clever product – I don’t find anything unpleasant about it even though it has a fair amount of alcohol. I have had a lot of ports where the brandy was far less integrated into the wine than this. It is beautifully packaged with lovely soft tannins, but it not sweet, but it has sweetness. I am unlikely to buy a lot of it or drink a lot of it, but I have no problem with it. I could sell that in the United States as a drink with a different name on it, bearing in mind they are buying lots of bourbon barrel finished wine, so why not this?”

Apple Song, who represents 100 wines from Margaret River and the Great Southern region of Western Australia in China under her business Winsome Wines, provided a Chinese perspective on the product.

“This is a smart move from Penfolds because the biggest consumption is Baijiu, but many Chinese are now considering their health and switching from Baijiu to wine because wine has lower alcohol. With this product – it satisfies both consumer needs – it smells like Baijiu but tastes like wine so they will think ‘oh I’m drinking a healthy drink’, so mentally they feel like they can drink more of it. But if you ask me… I hate it.”

A cross section of other people described the wine as “too strong – a bit too hot and not for me”, “I don’t love it and I don’t hate it although the juice they have used is good”.

Others described it as a “modern fortified wine – it has the nose of a spirit, but is smooth and soft on the palate. It is not a wine and not a spirit, nor does it have the thickness of a fortified – so you cannot compare it to anything else”.

Of the people interviewed, non-Chinese drinkers believed Penfolds created the Spirited Wine for the Chinese gifting market or as a gateway or recruitment product to bring people into the wine category from the Baijiu category.

Chinese drinkers on the other hand felt this was definitely a product for ‘western drinkers’ who were looking for a product that contained Baijiu, but that was more suitable to their palate and not needing to be consumed as a shot at 65 per cent abv.