There have been some huge changes over the last 50 years, but one thing that hasn’t changed is Eddie Jones’ employer. The popular tap beer quality manager has been with Tooheys since 1971 and this week Jones and his friends and colleagues from across the industry celebrated his incredible milestone.

Jones started in the lab at Tooheys and is now employed as Draught Quality Systems Manager, ensuring venues across the country are pouring the best beer they possibly can.

In marking Jones’ milestone Lion Managing Director James Brindley said: “50 years in our wonderful industry, ensuring some of the world’s best beers are served at their absolute best. What an outstanding achievement.

“Eddie Jones has seen many changes over the last half a century, starting out as a lab technician in the brewery, but really finding his niche in our draught quality team. In this role Eddie has met and advised countless publicans in relation to draught quality, and formed countless relationships across the industry – many of which have spanned decades.

“Eddie’s dedication to the quality of both Tooheys’ and the entire industry’s beers, and to Lion’s customers Australia-wide, is immense. He is a legend of the industry, and I know there will be many raising a schooner of Tooheys New to toast Eddie’s outstanding achievements this week.”

Lion hosted a dinner to celebrate Jones’ milestone earlier this week, with the guest of honour saying: “I am very proud of this achievement. It is definitely a milestone.

“I have always been passionate about beer and beer quality. I started in the lab at Tooheys, and I have always treated my role in draught quality as an extension of that role.

“I have also trained many people in the trade in draught quality, and watched them rise through the ranks to some of the most senior roles in the industry. I am proud to have played a small part in their journeys, and to have taught them the importance of draught quality.

“The industry has certainly changed a lot over the last 50 years. When I started we just had Tooheys New and Tooheys Old on tap. Now it isn’t unusual to have 12-16 beers on tap.”

As you would expect Jones has gained a lot of respect across the industry over the last 50 years and Peter Allen the Beverage Strategy and Operations Manager at the Australian Turf Club, was very happy to share his thoughts on Eddie.

He told The Shout: “I first met Eddie over 20 years ago when I was just beginning my hospitality career and his knowledge of tap beer systems and beer husbandry is second to none.

“Eddie was instrumental in designing our tap beer system in our new grandstand at Royal Randwick and it has not missed a stride since opening nearly a decade ago.

“An icon of the industry.”

Former Lion legend and good friend of Eddie’s is Doug May, who joked with The Shout about Eddie being a man of few words, “he grunts more than he speaks,” May said.

More seriously, May added: “Eddie Jones is a gentleman, a great ambassador and role model for Lion.

“Over the years we would have exhibited at over 70 trade shows where tap beer was front and centre.

“In regional areas the events were usually conducted in large marquees and our beer reticulation systems were set up outside. Hence we required fine weather. Well mate, I can tell you when we arrived in town we broke droughts in Albury, Tamworth and Dubbo. Each time Eddie had his work cut out keeping the beer pouring.

“In 21 years I would not travel to a trade show where tap beer was going to be poured without him.”

Eddie, it’s a huge congratulations from everyone at The Shout on reaching this incredible milestone. 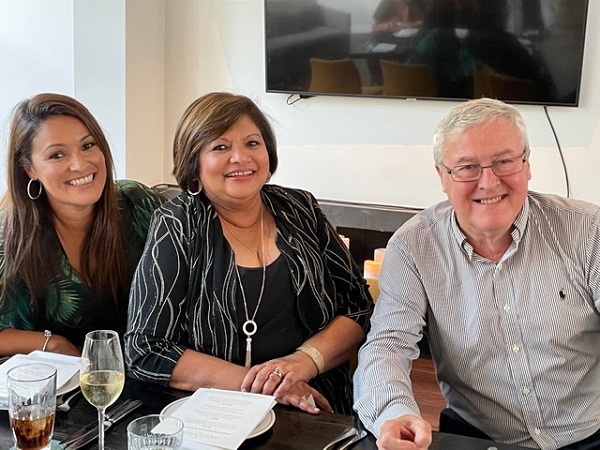 Eddie at his celebration lunch with his wife and daughter 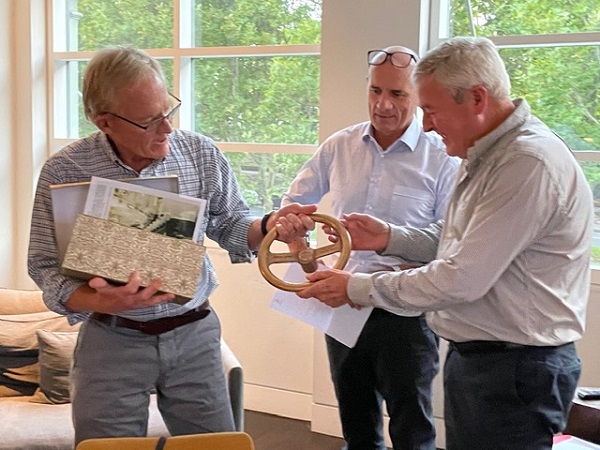 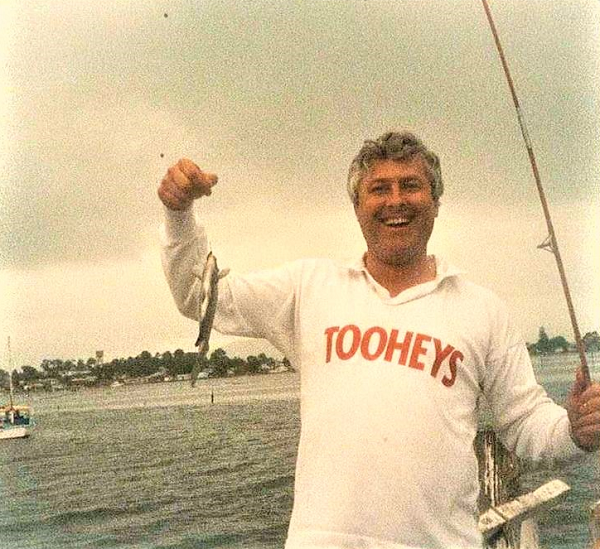 A Tooheys man through and through 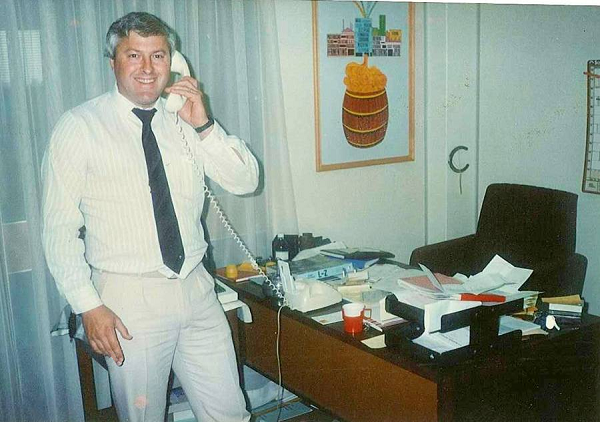