St Huberts The Stag celebrates the spirit of the wilderness

St Huberts The Stag has launched a new brand campaign live in Australia now until mid-March. ‘Long Live the Wild’ celebrates the roaming, restless spirit of the wild and those who live wild at heart.

This exciting new Australian campaign features across out of home (billboards), social media, YouTube, Cinema and Kayo; also appealing to the adventurous side of our consumers, with an exclusive IBA Garmin watch promotion.

ANZ Marketing and Category Director Ben Culligan says “This new St Huberts The Stag campaign reflects the adventurous spirit of the brand, and that of the consumer.  The imagery strikes that perfect balance of discovery through nature coupled with social experiences in the wild.  After spending much of the past year cooped up inside, I’m confident that the sentiment will resonate with so many.”

The Stag has always been a part of the St Huberts story. Established in 1862, St Huberts was named after the Patron Saint of the Hunt – a 7th century nobleman who turned his life around after an encounter with a magnificent stag carrying a shining cross between his antlers. Formally launched in 2016, St Huberts The Stag tier of wines celebrates the elegance and grace of the noble stag, and its connection to St Huberts. St Huberts The Stag wines are made in popular cool-climate styles and just like the noble creature itself, represent elegance, grace and reverence. 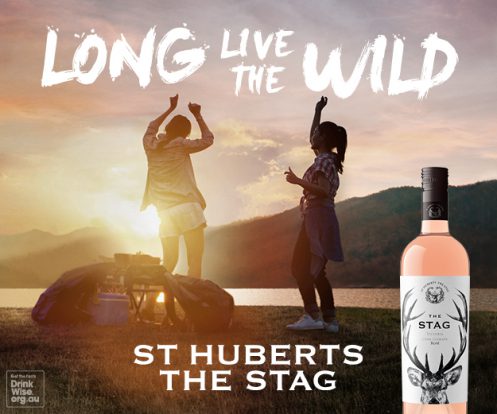