When Four Pillars was named the Liquor Brand of the Year at the 2019 Australian Liquor Industry Awards, they were blown away to find themselves in the company of winners from previous years including Jack Daniel’s, Aperol and Furphy.

But the accolade should come as no big surprise to Gregor and the Four Pillars team. Just one glance at the Four Pillars website and you see the countless Gold and Double Gold medal wins from spirits competitions right around the world. Not to mention winning the ALIA Best On-Premise Spirit in 2017, 2018 and 2019.

So what is it that elevated Four Pillars to winning the top award this year? Well, if you ask Gregor, it’s because of that aforementioned success.

“I’d like to believe we got over the line because we’ve shown that a little Aussie craft brand can bring both the gin quality and the brand and trade execution required to compete on the world stage. And hopefully we’ve always done it with smiles on our faces and a G&T in our hands.

“While the Four Pillars brand won the top prize of Liquor Brand of the Year, it was great to see our signature Rare Dry Gin take out both the Luxury Light Sprit and On-Premise Spirit awards. It’s such a timeless classic, endlessly delicious, versatile and consistent. I couldn’t imagine the Australian gin scene without Rare Dry Gin, so to think it will only turn six years old this December is unbelievable.

“I think these awards are just a reflection of what a modern classic Cameron [Mackenzie] has created with that gin, and how embraced it has been by bartenders and gin lovers across the country.”

Gregor says: “It’s the standard of competition you’re up against that makes ALIA so special. We have huge respect for all our fellow finalists, and in particular it’s great to see other Aussie brands flying the local craft flag along with us. As long as we all keep working together to continue to elevate the craft of gin and of cocktails in Australia then there are great times ahead for everyone.”

Earlier this year, it was announced that Lion would acquire a 50 per cent stake in the Four Pillars Business.

At that time, Gregor said: “This is a very great day, not just for Four Pillars but for Australian craft distilling because finally everyone understands how good Aussie spirits can be and that a big business like Lion is interested enough to pay a fairly good amount of money for half of a pretty good spirits business.” 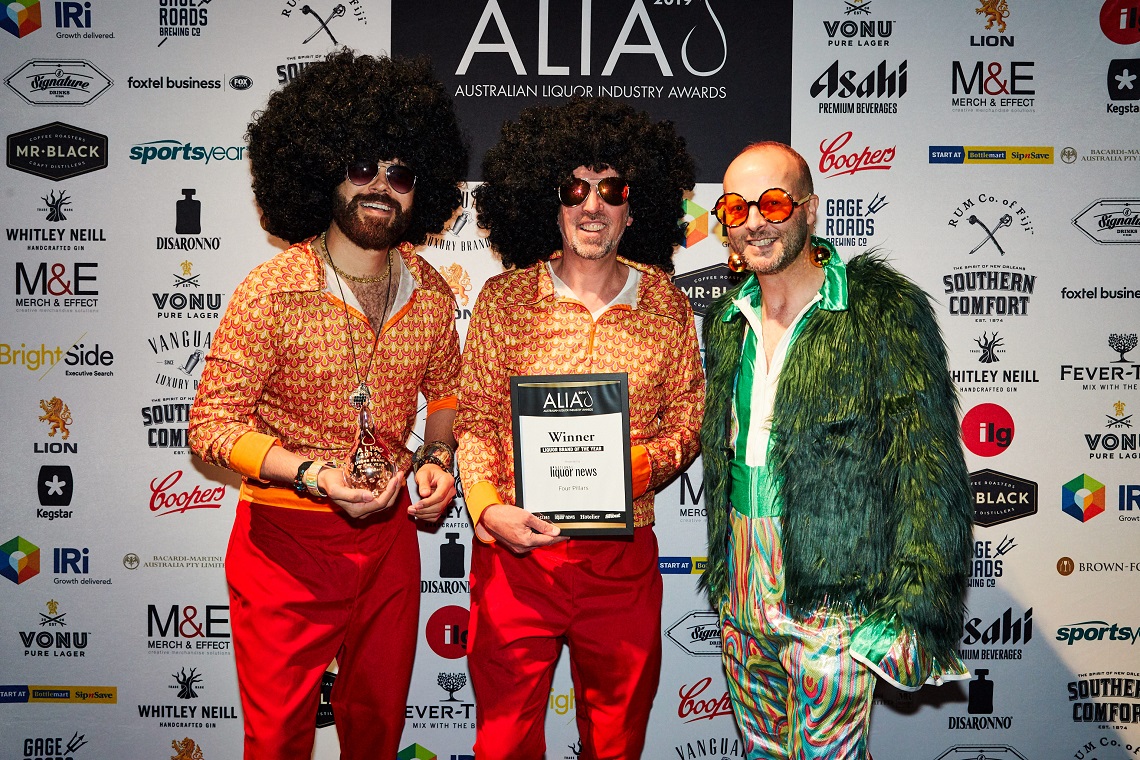 Paul Wootton presents the Four Pillars team with Liquor Brand of the Year.