The liquor industry and venues throughout New South Wales are celebrating the 150th anniversary of Tooheys, one of the most ingrained and iconic beer brands in the state.

Tooheys Brewery was first established on 7 September 1869, when brothers John and James Toohey obtained their brewing license started brewing a ‘black old ale’ – these days recognised as Tooheys Old. The first beers were created in a small brewery on Darling Harbour, before expanding to Surry Hills, and now its current home in Lidcombe in Sydney’s inner west. Today, the brewery employs 150 people, and is known throughout the state for its staple beers, Tooheys Old and Tooheys New.

Doug May, a former long-time employee, said the brand is “quintessentially New South Wales,” and was bound up in its sporting culture.

“Mateship, sociability, sport, celebrating, kicking back – Tooheys embodies all of these things with the added bonus of being number one in the state,” May said.

“When I first started working for Tooheys, it was right at the peak of the ‘How Do You Feel’ campaign. Tooheys was the beer sponsor of every sport in NSW – from horse racing to cricket, surf lifesaving to rugby league, and even the Sydney to Hobart yacht race. Every sporting victory was toasted with a Tooheys.” 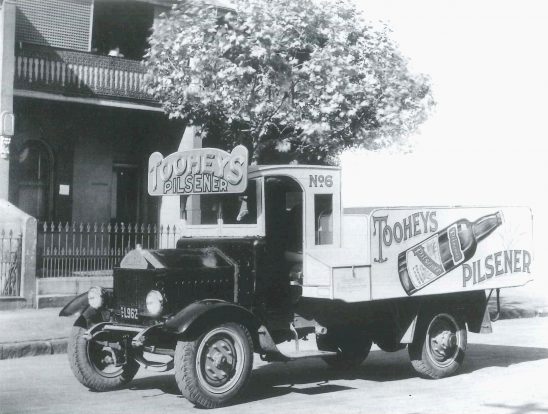 A Tooheys Pilsener delivery truck from the mid-1920s.

Events are being held throughout the state to mark this momentous milestone in the brewery’s history, with iog events being held in regional venues.

The party kicks off this Saturday 7 September at Tacking Point Tavern in Port Macquarie, with a sausage sizzle and cake for punters, as well as giveaways and the chance to meet NRL legends Steve Menzies and Craig Wing.

Richard Baker, manager of the Tacking Point Tavern, is thrilled to be hosting celebrations.

“For me, one of my fondest memories of Tooheys is the jingle ‘I Feel Like A Tooheys Or Two’. It represented Australian sport and mateship, and very much shaped a generation of beer drinkers,” Baker said.

“We are really excited about the opportunity to host some local Tooheys lovers for our very own birthday celebration – and we look forward to welcoming some famous faces from the brand’s history too!”

Celebrations will continue at The Longyard Hotel in Tamworth on 14 September, where Benny Elias and Paul Sironen will be meeting and greeting fans, while they enjoy the celebrations. Craig Power, manager of The Pub Group Tamworth, said Tooheys has been popular in the area for generations.

“Tooheys has been an accepted brand in this area for a very long time. It was the beer your dad drank, and your grandfather too,” Power said.

Brand Director Amy Darvill agreed that Tooheys has had a strong footprint in New South Wales for a long time, and that it remains as popular as ever.

“For 150 years Tooheys has had a beer for each generation and it’s a testament to the people of the state that the brand remains just as relevant today as it was all those years ago. One in seven cases of beer sold in NSW to this day is a case of Tooheys1. We are so proud to be NSW’s number one beer – and the only major brewer with a footprint in the state.”

Last night also saw a 150th birthday celebration take place at Lion’s Lidcombe brewery, with Lion legend Doug May as the MC and also providing some of the entertainment with a rendition of Mack the Knife, much to the delight of everyone in attendence.

Highlights from last night’s 150th birthday at the Lidcombe brewery: 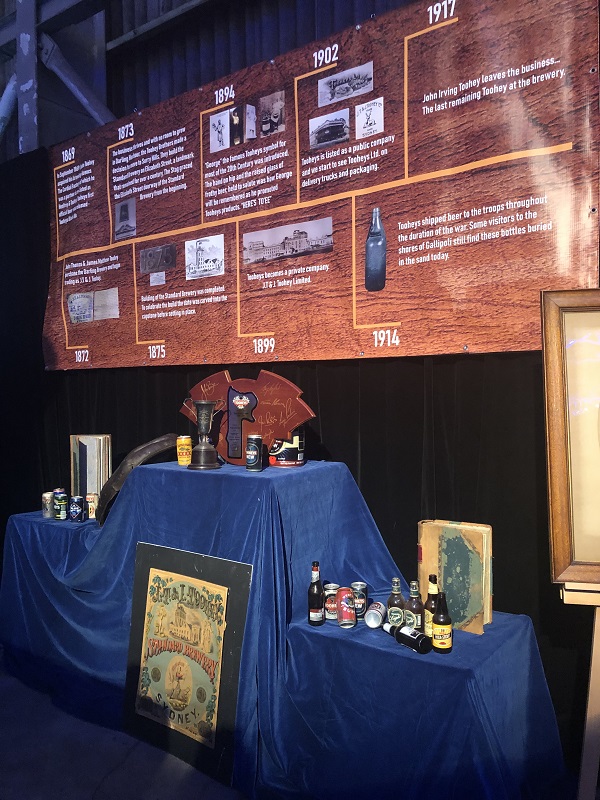 A wide range of old Tooheys merchandise was on display 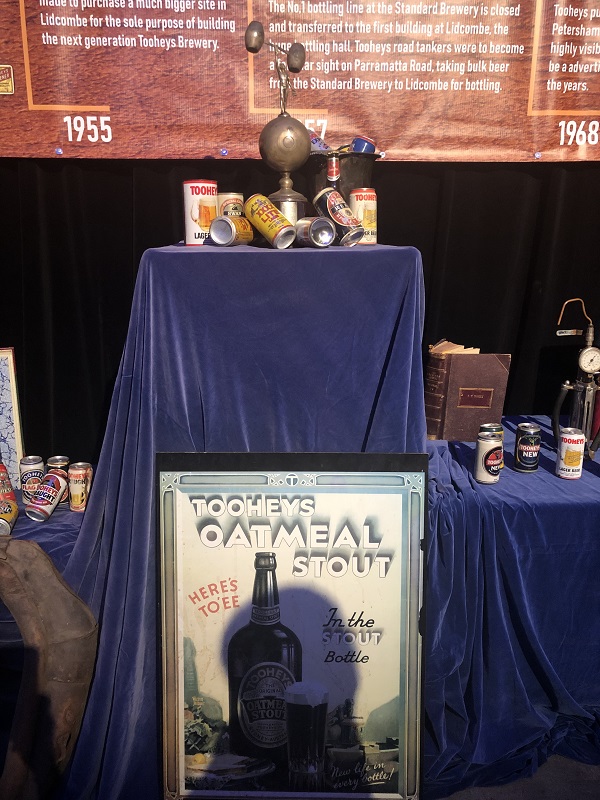 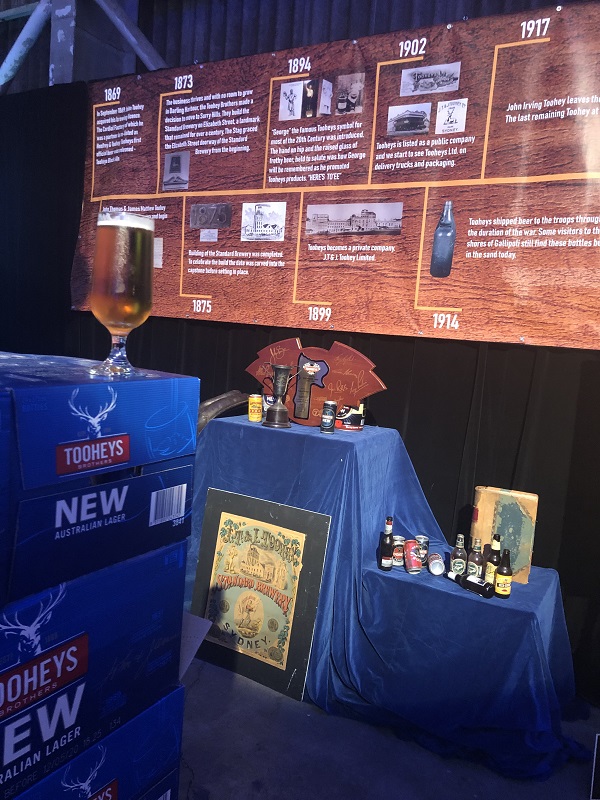 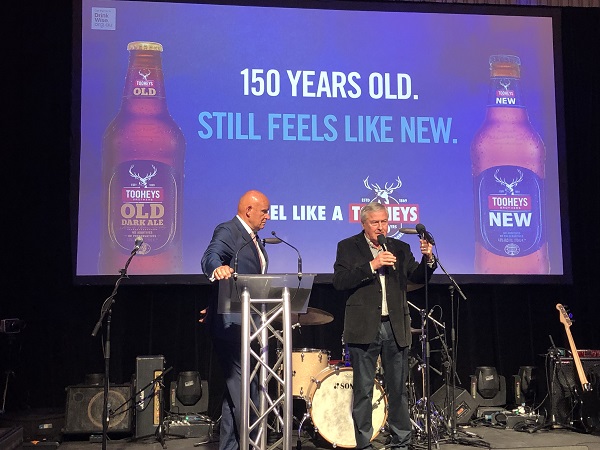 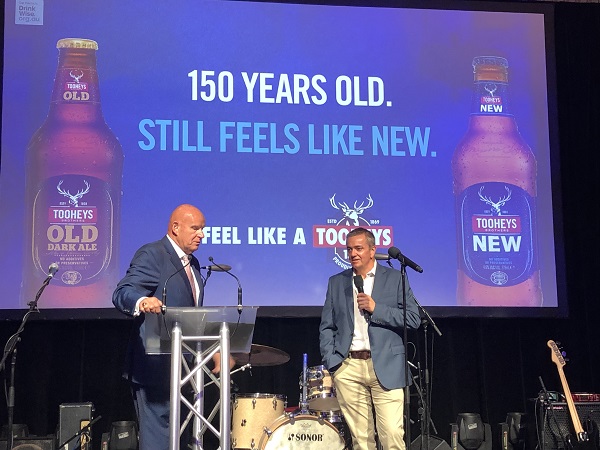 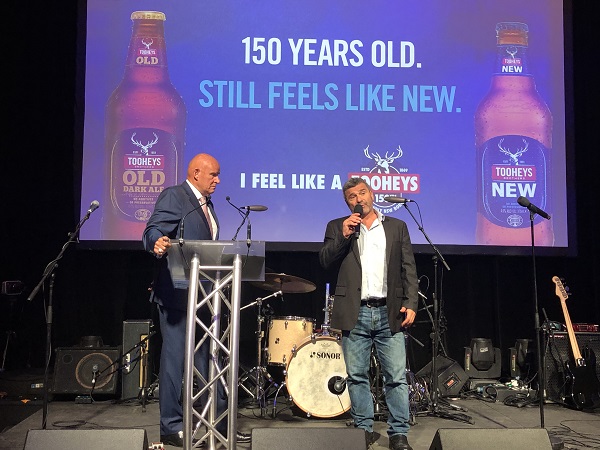