Hotel Victor, on South Australia’s coastline, has been sold by the Virgin family for the first time in 30 years. The Victor Harbor hotel was acquired by a consortium behind Corio Hotel in Goolwa for $9.3 million.

The property consists of an accommodation hotel and pub offering, overlooking the ocean. The 3.5 star hotel comprises 33 ensuited rooms, while the pub component consists of a large public bar, bistro, gaming lounge with 34 EGMs, and a permit for six more. It also has a large conference/function facility and separate three-lane, drive-through bottle shop.

JLL’s vice president of investment sale, Will Connolly brokered the deal, said that the potential to develop the approximately 4,500 sqm site had caught the attention of hoteliers and property investors alike.

“The landscape is changing. Pubs are often located in prime spots – the beach front, in the CBD, and often corner blocks as well,” he said.

“The future development potential is extending the attraction of these assets well beyond your traditional hotelier.

“As is our normal process, we work closely with a national commercial metropolitan investment platform to ensure all markets are canvassed to optimise the sale.”

Hotel Property Investments (ASX:HPI) has entered into agreements to purchase two large-format venues – the Gregory Hills Hotel in Sydney’s south-west, and the Acacia Ridge Hotel in Brisbane – for a cumulative $60 million.

“HPI has entered into agreements to acquire two of Australia’s most prominent large format hotels for AUD$60m, covering in excess of a combined 30,000 sqm of prime commercial property and positioning the company’s strategic interests in both Sydney and Brisbane’s respective growth corridors,” stated HTL Property’s Managing Director, Andrew Jolliffe.

“The Acacia Ridge Hotel is firmly regarded as a top tier Queensland hospitality holding, and the price achieved is reflective of the high regard in which the market has valued the opportunity,” added HTL Property’s Glenn Price.

The double acquisition was partially funded by a fully underwritten $30 million placement that was announced on 26 February. As a result, 9.3 million new securities will be issued at $3.23 per security. 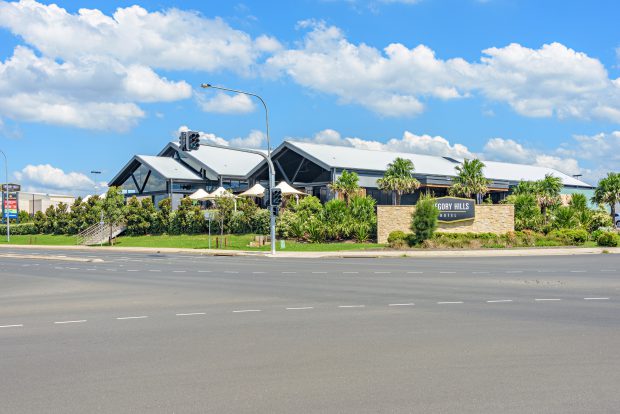 Subscribe to Australian Hotelier newsletter
Related Stories
Worker safety urged as hospitality re-opens
Women in Wine – celebrating diversity in the New Zealand wine industry
How many of the world’s gaming machines are in Australia?
Executive changes at Kollaras & Co