MPK Hotels, an established pub group in Central West NSW, has sold its portfolio of five freehold pubs in one line to a new investment syndicate.

The five freehold pubs – The Royal Hotel, Orange; The Dudley Hotel, Bathurst; The Castlereagh Hotel, Dubbo (pictured); The Federal Hotel, Wellington; and the Federal Hotel, Mudgee – were all sold to the newly-formed syndicate Investment Management Group Hotels (IMGH). The deal was negotiated on behalf of MPK Hotels by Pub Brokers & Advisory’s Nick Butler. He would not be drawn on the price of the portfolio, but industry sources suggest the five-pub portfolio transacted for roughly $75 million.

The freehold pubs were sold by respected hoteliers Nick McKechnie and Nelson Kelly, who are looking to wind back their workloads to spend more time with their families.

“We rang Nick Butler late last year and asked him to meet us in Bathurst to ask for his honest feedback about the chances of selling the portfolio at the price we needed. We have no doubt that the key to this sale was keeping it quiet to allow all of us to work through the challenges of selling five pubs at the same time,” stated McKechnie.

The hotels are underpinned by very strong earnings across food, beverage and bottle shop sales. Passive income streams driven by accommodation numbers from Dubbo and Orange are further bolstered by 110 EGMS across the five pubs. There are also three separate DA approvals for gaming smoking solutions at the three larger pubs, which McKechnie and Kelly chose not to act upon in order to “leave something in it for the next bloke.” The new owners are planning on acting on the approvals to further enhance the pubs’ gaming components.

“Nick and I are sticking around to help provide a smooth transition for the new owners in the short term. We love the pubs and the staff that run them and it will be business as usual for our loyal customers,” stated Kelly.

The acquisition of the portfolio represents the first significant hospitality transaction for Canberra-based IMGH.

“The past few years have seen exciting and significant growth across the Central West NSW region and we are delighted to have made this acquisition. The MPK ownership team has done an impressive job of growing this iconic portfolio of hotels and developing best-in-class teams to support their success. Our intention is to leverage these foundations to extend and evolve the hospitality experience for the people of Orange, Bathurst, Wellington, Mudgee and Dubbo,” stated IMGH CEO Matthew Clowry.

Butler said the transaction was significant in underscoring the argument that regional assets have become just as valuable as their metropolitan counterparts.

“This is obviously an important sale and adds plenty of weight to the theory that strong regional assets deserve to be held in the same esteem as the larger metro pubs. I could wax lyrical with language more suited to private equity ‘metrics’, but this is all about buying quality hotels that will provide excellent returns in a low interest rate environment. The pub space is earthy and grounded, based on the skill of its people; the inherent value of the building and land; and the importance of these places in the community. Once you get those aspects right, the return on investment naturally follows.”

Two leasehold pubs remain under MPK Hotels management: The Coachman Hotel Motel in Parkes, and the Western Star Hotel in Dubbo. The latter is currently for sale, on a restapled, freehold going concern basis. 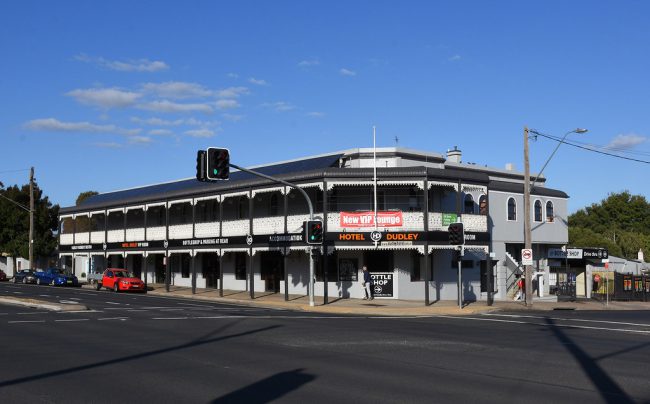