A new winery launches in the Barossa

Australia’s newest winery, Alkina Wine Estate, has finally opened its doors and launched its first range of wines in the Barossa.

The winery was established in 2015, when Argentinian vintner Alejandro Bulgheroni purchased the land near the town of Greenock, SA.

Alkina Managing Director, Amelia Nolan, said that it has been all systems go since then to transform the vineyards and the rest of the property into what it is today.

The Alkina team worked with winemaker Alberto Antonini, with this being the only project that the world-renowned winemaker is working on.

The winery also sought the help of Chilean terroir specialist Pedro Parra, to undertake electromagnetic conductivity research in order to scientifically map out the geology of the vineyards. They then dug over 100 soil pits to identify micro-terroirs.

Such studies revealed ancient soils and varied geology, sometimes even between one vine row to the next, something which Alkina has embraced to take the concept of ‘place’ in wine to a whole new level.

“We can pinpoint exactly which vines sit on fractured schist or sedimentary limestone or deep red clays… We hope Alkina will become synonymous with the notion that terroir is pivotal to winemaking,” Nolan said.

The old Grenache, Shiraz and Mataro vines have been divided into irregular shapes called polygons, ranging in size from 0.3 hectares to up to 200 vines. Each polygon is picked and vinified separately, giving the winemaker the option to blend them or leave them as ‘Single Polygon’ wines that communicate the subtle taste and profile differences that the soil can generate.

Alkina Wine Estate is also committed to soil health and plant and microbial diversity, being certified organic and biodynamic. Greenock Creek, which runs through the property, brings an array of life along with it, and the complex ecosystems it fosters above and below ground are greatly valued by the winery.

Nolan said this is a core tenet to the work they have done to reinvigorate the property, to launch something that is full of life.

“Over the last few years we have achieved so much: brought this beautiful vineyard back to life, planted native vegetation and new vines, developed our Micro-Terroir project,” Nolan said.

“We have built a small winery and tasting room, renovated old buildings into luxury accommodation, and produced wines with vitality that are both delicious and make you wonder about where and how they were grown.

“We have worked with many talented local tradespeople in the Barossa to get this project completed and we feel privileged to be a part of the broader Barossa community. We hope that we can make a contribution to what is already a truly exceptional place”.

Bulgheroni said he is extremely proud of what they have been able to achieve, which does justice to the Australian wine culture.

“When I first came to Australia I fell in love with the Barossa Valley, its landscape and its food and wine culture,” Bulgheroni said.

“To be able to build such a beautiful and viticulturally important estate over the last 5 years has been a great challenge and a source of immense pride. I would also like to express my gratitude to Amelia, our Managing Director, and her team for the hard work and imagination over the past five years.”

Alkina Wine Estate launches with a range of reds, whites and blends on the list at their cellar door tasting room. 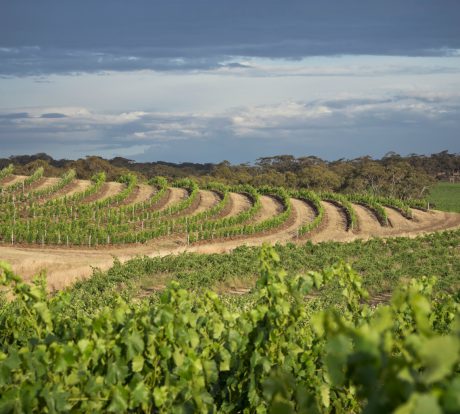