In the midst of the unprecedented COVID-19 global pandemic, we’ve all had to change the way we do things.

At Endeavour Drinks, they’re taking this in their stride and showing that change can have positive impacts, even in the hardest times.

One example is the opening of a new Dan Murphy’s store in Batemans Bay, New South Wales. The new location created jobs for the local community, many of whom were severely affected by the recent bushfire crisis. Despite opening during a pandemic and encountering a few challenges, it’s gone well so far.

An Endeavour Drinks spokesperson told National Liquor News: “We had planned a BBQ to celebrate the launch with the locals which we had to postpone, but we can’t wait to host a belated celebration with the Batemans Bay community when restrictions are lifted.”

“Because of the bushfire impacts, the store had no grid power until last week, when we could finally realise the green energy elements of the store.”

These elements, which Endeavour say they are quite proud of, include Dan Murphy’s first ever electric vehicle charging station, solar power offset, LED lighting and fridges that create less carbon dioxide.

At other Dan Murphy’s stores, as well as across the wider Endeavour Drinks and Woolworths Group, additional roles were created to help the group cope with increased customer demand during the pandemic. Last month, Woolworths Group announced they would hire up to 20,000 new roles across its supermarkets, e-commerce, supply chain and drinks businesses in Australia. 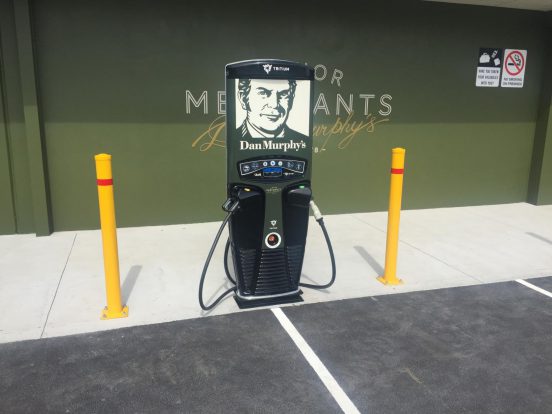 Many roles will go to staff of companies that have had to close, including up to 5,000 temporary jobs for Qantas employees that had been stood down. Similar streamlined application processes will create thousands more short-term roles for employees from Village Entertainment, Michael Hill Jewellers, Cotton On, Accor and Super Retail Group.

Woolworths Group CEO, Brad Banducci, said: “We’re hopeful these businesses will bounce back strongly once this crisis passes, and we want to do our bit to help them – and their people – get through the short-term challenge. We’re confident the strong service skills and work ethic of candidates from these businesses will be highly transferable to Woolworths.”

Dan Murphy’s announced on LinkedIn that some Qantas employees have already started with them, sharing an image from the Menai store in NSW. The caption said: “Our companies have these two things in common. We put our team first and we put our customers first. Oh and we both love good wine.”

Meanwhile, the Dan Murphy’s brand has also stepped up their social media offering to include more entertainment for those stuck at home, introducing a weekly virtual trivia night.

The inaugural event was hosted by Melbourne comedian Ryan Coffey on the Dan Murphy’s Facebook page last Thursday, and is scheduled to take place again tonight at 8pm. There were 600 teams competing and 20,000 people tuned in, which Dan Murphy’s Head of Marketing, Utadi Murphy, said was a great example of how the community needs virtual connections now more than ever.

“Although all of us have to keep a social distance to our mates, this doesn’t apply online which is why we decided to try to keep the weekly ritual of pub trivia alive and get people together – virtually,” Murphy said.

“The fact that so many people participated in our first trivia night and for the whole hour shows how Aussies really value trivia nights, and that a bit of competition can help lift the spirit.”

Teams connected virtually with the communication platform of their choice (e.g. Zoom or Google Hangouts) and nominated one member to answer on their behalf. Questions of course featured those that were drinks themed, including: ‘According to legend, which ancient civilisation was taught to brew beer by a god?’ and ‘With sweet vermouth, Campari, gin and a twist of orange, what am I making?’.

The winning team called themselves ‘We Thought This Was Speed Dating’, and won six $50 vouchers for Dan Murphy’s.

Considering all these different recent changes by Endeavour Drinks surrounding the Dan Murphy’s brand alone, it’s clear that embracing community connections is doing great things for them and their customers during the pandemic.

There are 5 ways you can catch up with National Liquor News? 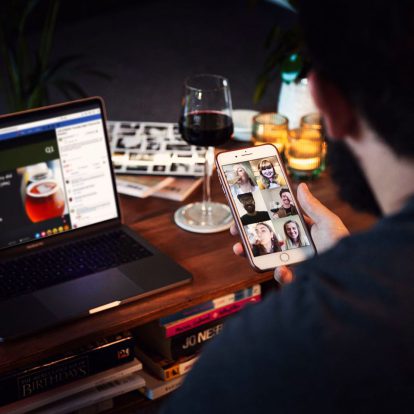