It’s been 15 years since Gage Roads Brewing Co brewed its very first beer, Pure Malt Lager. To celebrate the milestone the team has decided to revisit its roots, rewind the clock, and re-release a modern-day version of that original recipe as the special release Small Batch Lager.

Aaron Heary was one of the inaugural members of the brewing team and now, 15 years on, he’s the Brew Chief. Having been there from the beginning, he told National Liquor News that it was great to open the filing cabinets, dust off those early recipes and be able to play around with them.

“I’ve got a filing cabinet in my office and in there are some of the really early recipes. All that stuff was on paper back then, so I pulled out some old recipes and talked through it with the brew team. We formed a new recipe and it turned out really, really well,” he said.

“It’s taken four brews to get it right as lagers can be tough going, but I can report the latest brew is very good. It’s malty and hoppy – and for a lager that’s not necessarily the norm. But this beer is tasting awesome and it’s a great way to celebrate 15 years of brewing.”

Small Batch is a European style, full flavoured, all malt lager. It uses Hersbrucker and Mt Hood hops, it has a noble hop aroma with delicate citrus notes and a full and clean malt flavour – all with a balanced and refreshing bitterness to finish. It’s available in 49.5L kegs and 500ml cans that have an RRP of $24.99-$25.99 per six-pack.

Where it all began

Gage Roads set up shop just outside of Fremantle more than 15 years ago, founded by a passionate bunch of Western Australians with a shared love of good beer and the ocean.

Lead by brothers John and Bill Hoedemaker, the early days were tough for Gage Roads. Establishing a craft brewery in a market dominated by huge players was never going to be easy, but the team were determined to produce craft beer that challenged peoples’ palates while also reflecting the coastal environment that they all loved so much.

Heary told National Liquor News that while those early days were indeed tough, it was also an exciting time as it felt like the beginning of something special. People were beginning to discover craft beer and move away from the mainstream.

“Gage Roads was started on the credit card of one of the founders. It’s a classic story and early on it was tough. But it was really exciting as well because we were launching beer styles that many people in Australia had never seen before.

“It felt like we were riding on the tip of a wave that was about to come. At that time, we had to explain to people what craft beer was, and we were trying to convince them to drink craft beer instead of mainstream lager. Now everyone knows what craft beer is… it was such a different time back then.”

Gage Roads has always had a strong connection with the coast. The name itself comes from the strip of water that separates Rottnest Island and Fremantle. It’s a spot that Heary and the brewery founders were always closely connected to.

“It really shaped the brewery. Everyone who founded the business and me loves the ocean. Whether it’s diving, surfing, fishing, boating or even just having a swim, it’s what we all love. The guys wanted to name the business after something to do with that love and that’s how Gage Roads came about,” says Heary.

“It really was more than just a name for us, we wanted our beers to fit with that ocean lifestyle. We wanted to make beer that challenged people but still drank well out on the water in that hot and dry climate. It inspired the look and the feel but most importantly, it inspired the beer. It was really connected in a lot of ways.”

Looking to the future, Heary says Gage Roads will continue to fly the flag of independence and “keep taking it to the big guys”.

He said: “Over the next few years we’ll see a lot of activity with new breweries in other states of Australia. We’re an independent brewery and we have a vision to keep providing better beer and more choice for beer lovers. We want to keep driving the independent beer movement and help get more brewers brewing great beer, rather than just the two big ones.

“No doubt the last 15 years has been a lot of work. One of the values we’ve always had is to have fun while doing it. We take our beer seriously and we want to brew the best beer at all times. It’s been a long journey for us, and the brewery has grown to become a great success story. There’s been a lot of blood, sweat and tears behind the scenes, but one thing we’ve never lost sight of is that we’ve got to have fun doing it.” 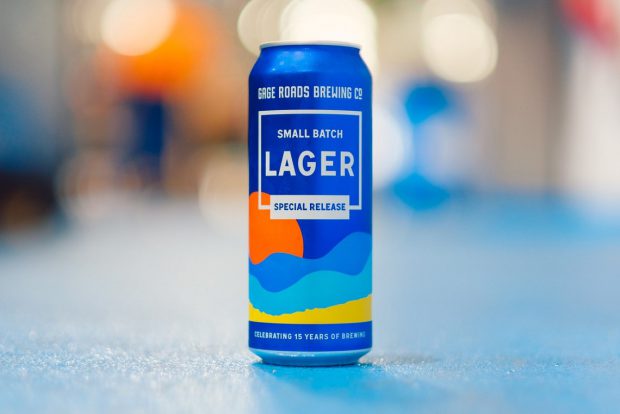