The impacts of COVID-19 have been devastating to the hospitality industry right across Australia, but none are feeling it more so than those across Greater Melbourne and the Mitchell Shire right now, after moving back into Stage Three lockdowns last week.

With venues across the state calling on the industry to unite and support each other, Melbourne brewers, Brewmanity have made the decision to close their online store. Instead they are using their social media channels and website to drive shoppers towards the venues and retailers that stock and support them.

Suppliers selling direct to consumer has been a hot topic in recent weeks, particularly when it was revealed that Carlton & United Breweries was considering launching a monthly beer subscription service, and the marketing collateral that was sent out around it effectively discouraged shoppers from visiting bottle shops. This service was later ruled out by CUB.

David Neitz, Director, Brewmanity, told National Liquor News that after coming through the first lockdown they realised it was packaged sales through their core customers that was what keeping them going. Now, moving back into a second lockdown they knew the right thing to do was to throw all of their support behind those venues.

If you can get to a bottleshop or a pub that has pivoted towards takeaway… please find us there. After catching up with the people who sell our beer day in and day out, we decided the right decision for us was to close our online shop across this second wave of lockdowns in Melbourne. Cheers to the weekend🍻 #keepinglocalalive #GoodBeer #GoodDeeds

“Like everyone, in the first lockdown we weren’t really sure about what was going to happen and whether stores were going to remain open, so we opened an online store. But the thing that got us through and kept the lights on were our core customers, those retailers that have been stocking and supporting us,” says Neitz.

“Having to go back into lockdown is just a nightmare and it’s a disaster for some of the pubs that were just opening back up again, and for them to see that light and have it snuffed out was quite heartbreaking for a lot of those guys.

“So we just thought that the reason we keep the lights on is because of the retailers that support us. And rather than adding another level of competition we decided that we would push people towards the stores that support us.”

For those that know the Brewmanity boys, they know that founders and directors, David Neitz and Jamie Fox are two of the most humble and admirable people in the brewing industry. The whole premise of Brewmanity is that they wanted to be able to do what they loved, which is brew good beer while doing something good for the world. And since they launched in 2015, they’ve raised hundreds of thousands of dollars for the Motor Neurone Disease (MND) Foundation through fundraising efforts and the sale of their beers.

But for the last five years they’ve been brewing under contract and haven’t had a brewery of their own. And after two years of searching for the perfect venue, they had finally found one. And 2020 was supposed to be the year that they opened their own brewery and bar, but then COVID-19 hit.

“Like everyone, it’s been a strange old year. Over Christmas we had found a site for our brewery, which was really exciting. And for the first part of the year and up until March we had been negotiating with landlords and we’d had an agreement in place to take over the site and get our brewery up and going. It was very exciting and necessary and we’d been looking for about two years prior,” said Neitz.

“In some ways it was a blessing that we hadn’t signed the lease yet but we had to remove ourselves from that and let that dream go, which after two years was heartbreaking.”

But the Brewmanity boys are still as optimistic as ever and are planning for the future. They are using this time to keep looking around at different sites for their brewery and are even hoping to bring out a new beer in spring. 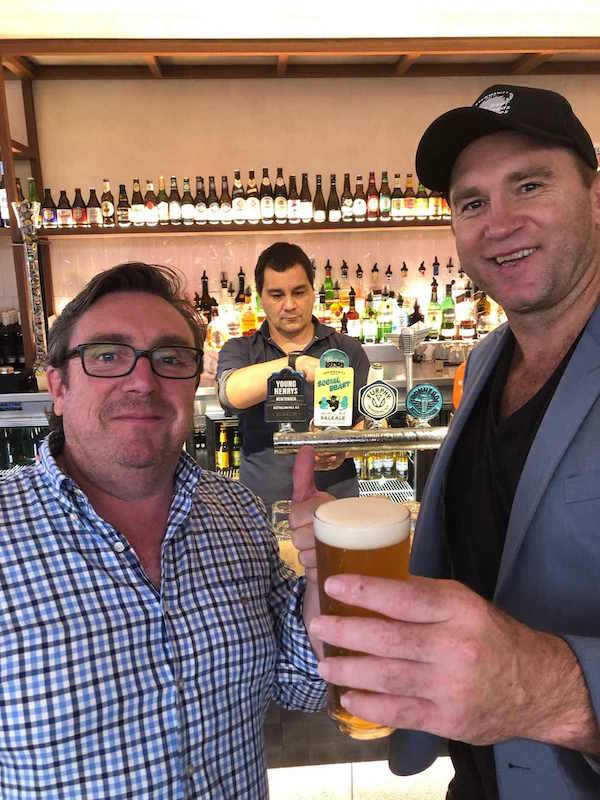