One year on from the release of the Independent Brewers Association’s (IBA) Seal of Independence, we’re starting to see shifting consumer behaviour towards beer in a variety of ways, as well as a strong and sustained growth in the independent sector.

At a time when beer consumption in Australia is at an all-time low, the market share for independent brewers is growing by about 25 per cent. We recently obtained and released data sourced from the Australian Taxation Office (ATO) revealing that independent brewers produce 5.9 per cent of Australia’s beer, more than double what it was five years ago.

While this might seem like a small slice of the market, our sector employs 41.4 per cent of the workforce in the industry, creating opportunities and directly contributing to local and regional economies. A growing number of small and medium enterprises also means more competition in the market, providing consumers with choice. 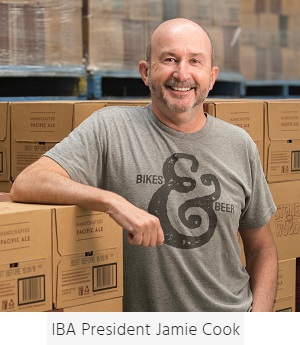 Higher overheads from these employment figures may translate to higher prices, but the numbers show that consumers are willing to pay for the authenticity and quality that comes with a strong connection with indie brewers. When the same ATO figures are analysed by value rather than volume, independent brewers represent 10 per cent of the market. This means that one out of every 10 consumer dollars spent on beer is spent on indie beer.

Consumers value authentic connections and are willing to pay more in order to support local businesses and communities. Consumers vote with their wallets, and Australia has overwhelmingly voted for independent beer.

The Independence Seal is an important driving factor behind these shifts in consumer behaviour by providing transparency and a way to navigate the category by making it easy to identify which beers are independent.

Importantly, the ATO excise data only captures the first two months of trading after the Seal was released into the market last year. Now that 58 per cent of independent beer sold bears the Seal, we expect to see market share for indie beer continue to rise.

This column from IBA President Jamie Cook was published in the July issue of National Liquor News, where you also features on South Australian wine, the Rum category and Father’s Day retailing.